Open Letter to â€™60 Minutesâ€™ on Increasing Coverage of Africans 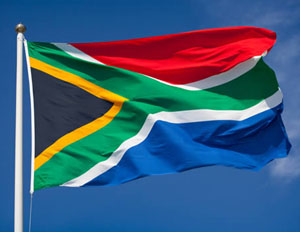 On Wednesday, March 25, more than 150 journalists and professors sent an open letter to CBS News’ 60 Minutes, expressing their thoughts on the network’s coverage ofÂ Africa. Organized by associate professor at Columbia University Graduate School of Journalism and former senior writer at the New York Times, Howard French, the letter states that there is a clear misrepresentation of the continent, and that people of African ancestry are basically invisible on the program. French’s background includes a post teaching English literature at the University of Ivory Coast; the professor also took a special interest in West Africa and in Central Africa, leading the university’s initiatives in dealing with the Ebola outbreak.

The letter was addressed to Executive Producer Jeff Fager and sent by e-mail. French said that 60 Minutes and Chief Foreign Correspondent Lara Logan interviewedÂ only white foreigners who came to Liberia to help fight the spread of the deadly virus which killed more than 10,000 people.Â The letter also states, “In that broadcast, Africans were reduced to the role of silent victims. They constituted what might be called a scenery of misery: people whose thoughts, experiences and actions were treated as if totally without interest. Liberians were shown within easy speaking range of Logan, including some Liberians whom she spoke about, and yet not a single Liberian was quoted in any capacity.”

The goal was to urge CBS News to consider readjusting their coverage of Africa and to help convey the truth rather than stereotypical depictions.