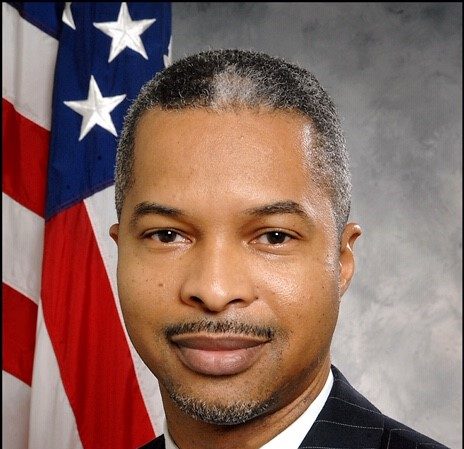 The U.S. Treasury is a department in the executive branch of government that citizens think about once a year during tax season when they await a much-anticipated refund. The scope of the department is esoteric and overlooked. However, one distinguished black gentleman has a significant role. Corvelli McDaniel is assistant commissioner—revenue collections management–and the first AfricanAmerican to hold the position.

The Treasury plays a vital role in the fiscal operations of the federal government. The functioning of revenue collection is complex and goes well beyond federal tax collection. The variety of Treasury receipts is $4.26 trillion annually via 500 million transactions of which 98% are settled electronically (e.g., taxes, fees, fines, loan repayments, customs duties, etc.).

Just to place this into perspective, the amount of Treasury revenue is more than the combined market capitalization of Amazon, Apple, Google and Microsoft, each currently worth approximately one trillion dollars.

Revenue management is a huge responsibility with manifold operations, but McDaniel is a 27-year veteran at the Treasury with a vast knowledge of financial operations and technology.

During the Obama administration, McDaniel was promoted to deputy assistant commissioner—collections and deposit group–and subsequently to his current role: to oversee an unprecedented amount of revenue collection and an historic volume of financial transactions.

So far, there are eight banks participating in BMPP and among them, there are five established mentor-protégé relationships. Citibank has three agreements with Industrial Bank (Washington, D.C.), Unity National Bank (Houston) and Citizen Trust Bank (Atlanta); while J.P. Morgan Chase has two agreements with Liberty Bank and Trust (New Orleans) and with Harbor Bank (Baltimore), and US Bank with First Independence Bank (Detroit). Several other “courtships” are underway.

The objective of BMPP is to build a knowledge exchange to develop synergies resulting in mutual growth. The alliance possibilities are limitless and could also provide wealth creation opportunities for blacks.

Access to initial public offerings (IPOs) has eluded black Americans. However, I foresee opportunities through investment banking underwriters like Bank of America, Citi, and J.P. Morgan Chase to include black banks and financial institutions in syndicate or selling groups to allocate shares to their respective clients. This expands diversity efforts beyond the narrow scope of corporate supplier diversity programs and places an emphasis on wealth inclusion.

McDaniel’s service to the country did not start when he joined the Treasury. From 1985 to 1992, he served in the United States Army as intelligence officer and counterintelligence special agent, reaching the rank of captain.

McDaniel’s service to the country is matched only by his drive to make government operate more efficiently. One high point of his leadership tenure in Treasury was when he founded and sponsored an e-commerce innovation lab. The innovation lab brings together the public and private sectors in an environment solely focused on creative solutions to transform corporate and government operations.

In 2017, the e-commerce innovation lab won the Alexander Hamilton Award in Technology Excellence from Treasury and Risk—an independent organization—for transformational change in payment systems beating out juggernauts like Microsoft and Toyota.

By now you are likely wondering about McDaniel’s educational background. Well, it is no surprise that he is a graduate of Morgan State University, a Historically Black College University (HBCU). He is a distinguished military graduate who earned a Bachelor of Science in Business Administration and was honored with the President Emeritus Martin D. Jenkins Award and the Brigadier General Talmadge J. Jacobs Memorial Award. McDaniel also holds a Master of Science in Leadership from Norwich University.