Opening Up Cable Boxes is a Good Thing, People 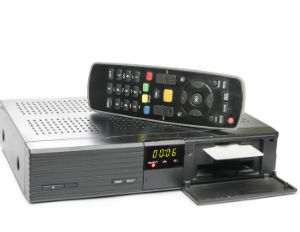 There has been a push for cable companies to stop renting out so-called “closed” cable boxes to customers in order to view content.

President Obama, in fact, just recently stated his agreement with the idea of unfettering cable subscribers to their providers’ cable boxes, and instead allowing customers to use the set-top boxes they choose, such as Roku or a gaming console, to view cable content.

Additionally, software makers would be able to create apps for traditional cable boxes to connect to online multimedia content.

“The cable or satellite box is just one example of an area where, because it’s been tied to the provider and you rent it, and consumers spend billions of dollars on it every single year, there hasn’t been much innovation,” said the president.

The proposal is in pending status with the FCC.

In the meantime, a report was released by the Digital Citizens Alliance thatÂ revealed many people are wary about unlocking cable boxes. There are those who think that integrating cable service with the Internet and apps will pose a privacy risk.

It’s a mind-boggling example of unfounded fear. Especially during a time when most have no issue with connecting their phone to the Internet or with sharing the most private details of their lives across myriad social media platforms.

From the report, which was conducted via a survey, people were most concerned with:

You will see ads anywhere. Isn’t better to see ads about goods and services of most interest to you?

Google has your search information, browsing habits, and other information already. It doesn’t matter from which vehicle it gets this information: your phone, your laptop, or your TV. When you use any Google service you sign in typically, with the same account across different devices. If you are concerned about Google and other tech companies having your private information: Work to get legislation enacted, use a Tor browser or some Internet anonymizer, or get off the grid completely.

As far as children go, are yours on Facebook? Snapchat? Instagram? They have already been data analyzed, to tell you the truth.

Opening up cable boxes, is actually beneficial to consumers. Doing so:

1. Provides a way for you to use the technology you are already using. For example, you would be able to use gaming console for cable content. You don’t have to pay a monthly for what is essentially, these days, extra, uselessÂ equipment.

2. Opens the gates for better programming.

3. Loosens some of Big Cable’s monopoly.