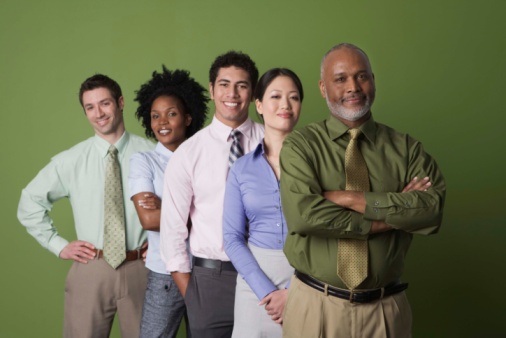 The companies associated with theÂ California Black Chamber of Commerce (CBCC) demonstrate how corporate American can achieve and maintain true diversity.Â Last Saturday I gave the Â keynote address at the CBCC’s power breakfast during itsÂ Â statewide conference in San Diego, California. The CBCC is a well-run organization, headed up by the president/CEO Aubry Stone who is also the director of theÂ the California Black Chamber Foundation and he serves as a California Commissioner for Economic Development.

Under Stone’s direction, the California Black Chamber Foundation became the state’s only African American owned and operated low powered radio station (97.7 KDEE FM,) serving the Sacramento region–you can listen online at:Â  http://kdeefm.org/.Â  Â He has received the Sacramento Observer Newspaper’s Lifetime Achievement Award for being one of the most influential African-American in the city of Sacramento over the past 40 years.

The CBCC, created in 1994, is the largest Black non-profit business organization in the state of California.Â  Their focus is to work with policy-makers to help create a business environment that will spur the creation of new entrepreneurs throughout the state.Â  They also provide guidance to major corporations in the area of supplier diversity programs.

I am not a big proponent of “supplier diversity programsâ€ because in many cases big corporations use them for “race insurance.â€Â  They see absolutely no value in diversity, but feel they can’t afford the PR hit from the public; so they create a weak program and staff them with a few Blacks and Latinos and call it a day.

But, through the CBCC, I was stunned to find out that was not always the case.Â  They had the usual representation of diversity staffers from the major corporations and government agencies–Altria, California State Board of Equalization, Bank of America, Verizon, Time Warner, California Department of General Services, California Public Utilities Commission, etc.

Based on this, Sempra Energy has demonstrated a commitment to diversity that extends well beyond the call of duty.Â Sempra Energy reported $10 billion in revenue and nearly 17,500 employees, serving more than 31 million customers worldwide. It is the largest natural gas utility in the United States in terms of coverage area and population served, and is a major force in international natural gas markets.

Ann Shen Smith, Chairman and Chief Executive Officer of Southern California Gas Company (a wholly owned subsidiary of Sempra Energy), gave the keynote luncheon address for the “President’s Corporate Appreciation Luncheon.â€ Smith immigrated to the U.S. from Taiwan in 1964.Â  She worked her way up the corporate ladder at SCG during her 35 year career.

Being a “double minority,” Asian and female, Smith clearly understood the difficulties of getting her employees to buy into the value of diversity; but she has put her personal commitment towards this issue.Â  Even though she is the top person in the company, she clearly understands that she must not only set the example for diversity, but also, must demand that her example be followed throughout the company or those in charge will have a price to pay.Â  Diversity without enforcement is nothing more than talk.Â  SCG and Smith should be held up as examples of how diversity can work if there is a commitment from the highest levels.

Jessie Knight, Jr. was also in attendance at the conference.Â  He is the Chairman and CEO of San Diego Gas & Electric (another wholly owned subsidiary of Sempra Energy).Â  He is one of the highest ranking Blacks within the utility industry nation-wide.Â  In talking with him, he clearly understands the challenges of creating a diverse workplace, but also sees the value.Â  With his continued support of the CBCC, they have created a powerful team to show corporate America that there is value (i.e., profit) in diversity.

So, the next time you hear someone beating up on corporate America and railing about how greedy they are, please point them to the example that Sempra Energy has shown through their relationship with Aubry Stone and the CBCC.

Raynard Jackson is president & CEO of Raynard Jackson & Associates, LLC., a D.C.-public relations/government affairs firm. His website is:Â www.raynardjackson.com. The views expressed in this article of those of Jackson, and do not necessarily represent Black Enterprise.