The Problem With the Stump for Trump Girls 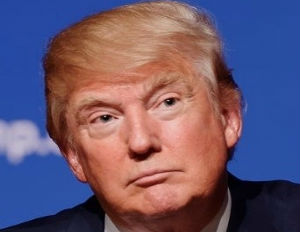 This weekend a comical video of two black women at a Donald Trump rally in North Carolina went viral. The two women, Lynette Hardaway and Rochelle Richardson, are known as the “Stump for Trump Girls.â€ They first gained fame after publicly endorsing Trump in August, and they have now added a “little routine” to their to pro-Trump arsenal.

That “little routineâ€ involves a rhyming chant about the infamous wall Trump would like to build on the border of the U.S. and Mexico.

That “little routine” is a disgrace.

Public opinion has already jumped on the “Stump for Trump Girls,â€ and they are being touted as proof that Trump enjoys some semblance of support among black women. And considering that in 2014 black women voted at a higher rate than any other group across race, gender, ethnicity and religion,Â Trump would do well to broadcast any instance of support he receives from this rapidly growing voter group.

However, using two black women who gleefully endorse a xenophobic man who supportsÂ gross violations of human rightsÂ as a fair representation of this groupÂ isÂ dangerous and misguided.

There should be more of a focus on the black women supporting the candidates who do not advocate for young black teenagers to be put to death for crimes they did not commit, who don’t label our brown brothers and sisters asÂ criminals because of where they were born, and who don’t insist that American citizens should be forced into tracking systems that are eerily reminiscent of the Holocaust.

Thanks to Symone Sanders, Mia Love, Kamala Harris, Deanna Bass, and the hundreds of other black women making waves in D.C., we know that the Stump for Trump Girls are not an accurate, absolute depiction of where black women stand in today’s political climate.

Instead of getting sidetracked in the circus of Trump, let’s celebrate the black women out there doing real work—on both sides of the aisle— to ensure a better America for us all.

FacebookTwitterYoutube
← [Op-Ed] No Shade Zone: How Zuckerberg’s $45 Billion Foundation Could Actually Help Minorities ← Beat the Holiday Blues: 4 Healthy Holiday Snacks to Give You a Boost
×