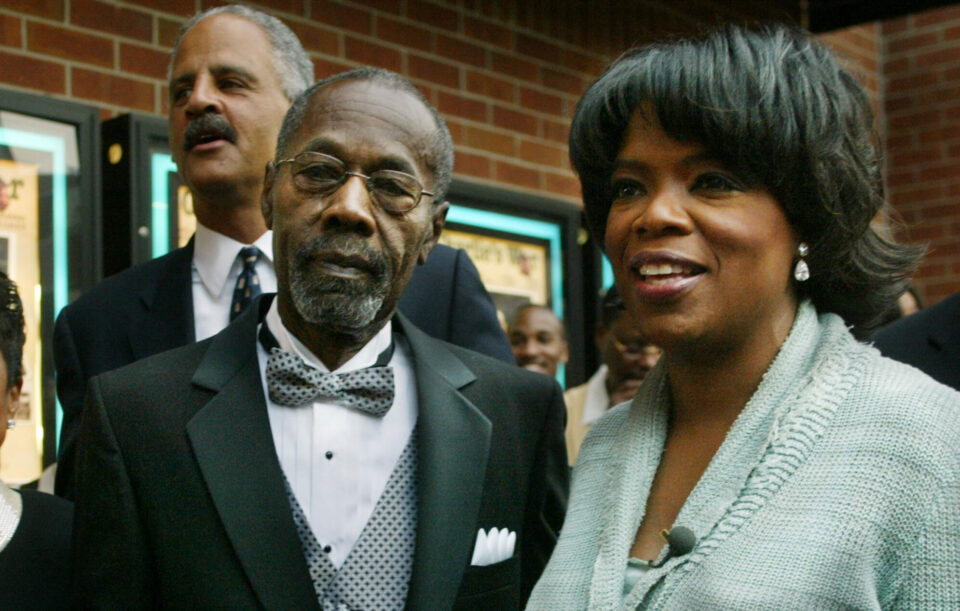 According to Oprah’s confirmation of his passing on Instagram, the 68-year-old talk show host wrote, “Vernon Winfrey 1933-2022. Less than a week ago we honored my father in his own backyard. My friend and gospel singer Wintley Phipps saluted him with song. He FELT the love and reveled in it until he could no longer speak. Yesterday with family surrounding his bedside, I had the sacred honor of witnessing the man responsible for my life, take his last breath. We could feel Peace enter the room at his passing. That Peace still abides. All is well. Thank you for your prayers and good thoughts.”

Less than a week ago, Vernon was able to spend his last days surrounded by friends and family, having been honored during a surprise Fourth of July party Oprah dubbed the “Vernon Winfrey Appreciation Celebration.”

“My father is ill and so we wanted to be able to have all of his friends come and celebrate him while he’s able to receive the joy,” she said in a video while she flaunted his tribute banner behind her.

When asked by longtime BFF Gayle King about what the Winfrey patriarch thought of the event, Oprah admitted it was a surprise.

“He doesn’t even know that this is for him. He thinks it’s a Fourth of July thing,” she commented.

“Giving my father his ‘flowers’ while he’s still well enough to smell them,” she captioned the post.

Vernon was a beloved barber in an East Nashville community, running Winfrey’s Barbershop since 1965, reports the Tennessean. Before that, he was elected Nashville Metro councilman in 1975, where he would serve the community for almost 20 years.

The late barber additionally was a deacon at Faith United Missionary Baptist Church.

Oprah credits her father for being the driving force that set her on the path to stardom that would change her life.

“When my father took me, it changed the course of my life,” Oprah shared with the Washington Post in 1986. “He saved me. He simply knew what he wanted and expected. He would take nothing less.”