Amanda Gorman made her mark as the youngest inaugural poet in U.S. history. (Image: BE file)

Amanda Gorman caught the nation’s attention when she performed a powerful spoken-word piece at President Joe Biden’s inauguration in January. Now, while leveraging her newfound fame, the American poet is using the mantra “What would Oprah say?” to guide her.

On Wednesday, Gorman made history once again as the first poet to grace the cover of Vogue, the fashion bible. While speaking with the outlet for her cover spread, the country’s first National Youth Poet Laureate explained why she has turned down an estimated $17 million in endorsement deals.

“I didn’t really look at the details because if you see something and it says a million dollars, you’re going to rationalize why that makes sense,” Gorman said. “I have to be conscious of taking commissions that speak to me.”

Just a few weeks before her Vogue cover was released, Gorman sat down with her mentor Oprah Winfrey for a March 26 appearance on The Oprah Conversation on Apple TV. When the billionaire media mogul asked the literary artist how she’s been managing all the notoriety and advertising deals coming her way, Gorman brought the attention back to Winfrey by crediting her. 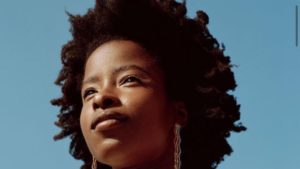 “You gave me a great piece of advice, which actually now my team lives by, where you said basically, ‘Be weary of other people’s agendas because they have them,'” Gorman told Winfrey. “We always say to ourselves, ‘@hat would Oprah say?'”

After making history as the youngest inaugural poet, the 23-year-old has since gone on to grace the February cover of Time magazine, perform at Super Bowl LV, sign a deal with IMG Models, and become an Amazon bestselling author befor officially releasing any published work.

“It took so much labor, not only on behalf of me, but also of my family and of my village, to get here,” Gorman told Vogue.