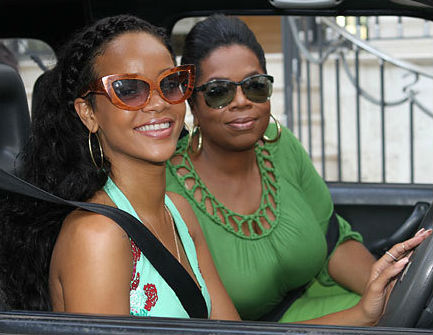 Oprah Winfrey’s ardent interview with pop star Rihanna earned the OWN network its second highest ratings since its inception. With 2.5 million viewers, the “Oprah’s Next Chapter” interview, which was filmed in the singer’s home country Barbados, eclipsed the show’s previously second highest episode with Lady Gaga. The highest episode was Oprah’s interview with the Whitney Houston family and her daughter Bobbi Kristina, which reached 3.5 million viewers.

In the interview Rihanna talked about the pitfalls of fame and the highly publicized domestic dispute with her ex-boyfriend, singer Chris Brown.

These numbers prove to be promising for the Oprah franchise, as high-profile interviews with the Kardashians and rapper 50 Cent have given the OWN network a modest boost after initially experiencing poor ratings. “Oprah’s Next Chapter” is set to air its next installment with Olympic gold medalist Gabby Douglas.