Oracle OpenWorld 2015: The Cloud, Education, and a Contrite Co-founder 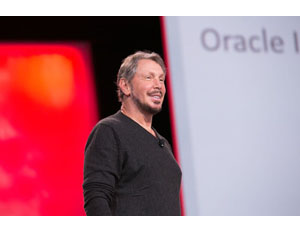 Larry Ellison, the co-founder of Oracle, always promises a good time at one of his keynotes. One never knows what will come out of his mouth or which competitor he will attack with his notoriously flippant tongue (he referred to competitor Saleforce.com’s cloud as a “roach motel” at his keynote in 2012.

However, this keynote saw a kinder, gentler, dare anyone say, more contrite Larry Ellison. The Tony Stark of databases actually seemed awed and humbled by the rapid progression of cloud computing (a pace with which some critics say Oracle failed to keep up).

Ellison spoke about the company’s new Oracle Cloud and the strategy behind its design. However, much of the keynote seemed to be Ellison admitting to the missteps Oracle made in not recognizing how much the cloud would change computing.

“We are in the middle of a generational shift in computing,” said Ellison as he spoke about the impact of cloud computing. He said that in the last 10 years Oracle had many lessons to learn about the need to transition itself to also being a player in the cloud along with competitors such as Salesforce, NetSuite, and Amazon.

“We had to rewrite our applications,” to make them run in the cloud, explained Ellison, adding that the effort was “a huge amount of work.”

He also admitted that when Amazon launched its cloud compute platform EC2, Oracle recognized the need to offer its own Platform-as-a-Service and Infrastructure-as-a-Service offerings.

Ellison acknowledged that the traditional tech titans of yesterday, of which Oracle can be grouped, including IBM and SAP, are losing relevance.

“In this new world of cloud computing almost everything has changed,” Ellison said. He was almost incredulous when he said that “SAP is the largest app company in the world, but we never see them in the cloud.”

The outmoded image that Oracle projects was not helped by Ellison referring to Amazon a few times during his address as “Amazon.com.” Who calls Amazon that, anymore?

Ellison’s copping to the fact that it’s a new computing world dominated by the cloud, is particularly poignant, when back in 2009, he referred to the term “cloud computing” as “gibberish.”

However, Ellison could not quite give everything up to the cloud. “On-premise computing is not going to vanish, there’s going to be a long period of transition–we have to handle it gracefully,” he remarked.

Among the announcements made at Oracle OpenWorld:

In addition to an array of technical updates and new services, Oracle also announced it will open a public high school on Oracle’s Redwood Shores Campus. Design Tech High School (also called d.Tech) will be completed in the fall of 2017 and will be a free charter school.

“Seventeen years ago, Larry Ellison told me that he’d love to have a school where students learn to think,” said Oracle CEO Safra Catz. “Our support of d.tech reflects Larry’s vision for a unique high school founded on principles we believe in innovation, creativity, problem-solving and design-thinking. We couldn’t be more excited to build this school on our campus and to see the positive impact it will undoubtedly have on the students, teachers, Oracle employees and the Bay Area community.”