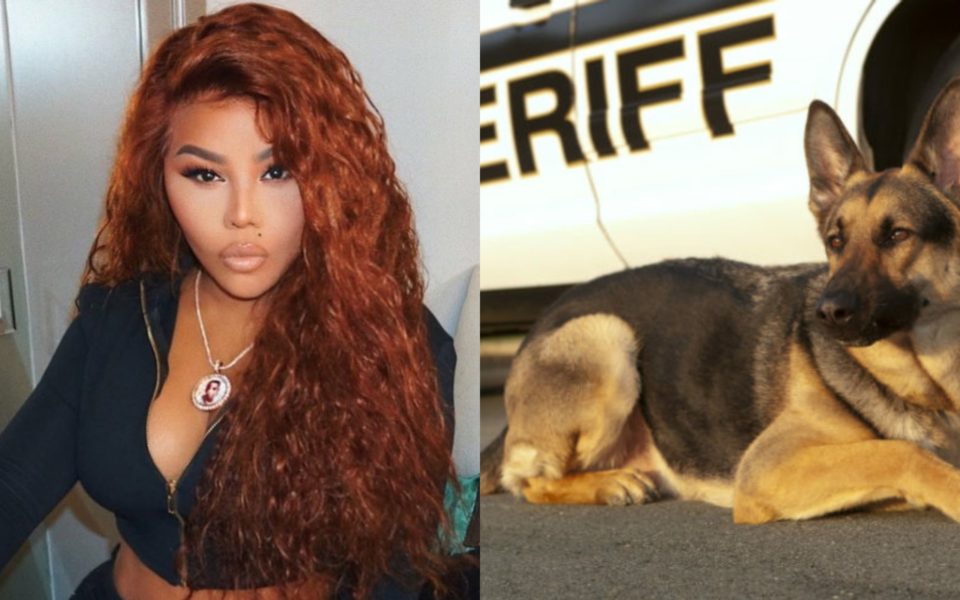 A K-9 dog in Oregon will no longer go by the name “Lil’ Kim” after a civil rights group requested the name be changed.

“While it may appear a small or inconsequential matter to some, it is not to those of us who remember how police dogs were used against peacefully protesting civil rights workers and People of Color in the 1960s and are still used as a means of crowd control and intimidation today,” said Riccardo Waites, the founder of the Central Oregon Black Leaders Assembly.

In a letter obtained by OPB news, Waites asked police to stop using the rapper’s name for their dog that reportedly bit a suspect last month amid ongoing social unrest over issues of police misconduct toward people of color.

“We addressed it previously, internally, and the dog’s name is Kim,” Chief Mike Krantz said. Krantz said the Belgian Malinois shepherd named Kimberly had been given the “nickname” of “Lil’ Kim” due to her petite size in comparison to the other K-9s on the force. “Why are you justifying why the dog is called Lil’ Kim, instead of accepting that it’s hurting people in the community?” Waites asked in return. “What makes it even more insensitive is that [the police chief] never acknowledged that it could hurt people, that it would be offensive to some people in the community,” Waites added.

After learning of Krantz’ decision to change the dog’s name, Waites released a statement applauding the move as “a small but critical gesture of good faith.” However, Krantz remains adamant that the dog’s name wasn’t changed due to Waites written complaint. Meanwhile, Waites hopes the name change is a sign toward improved police-community relations as the nation prepares for the verdict in the Derek Chauvin trial over the killing of George Floyd.

“We have to find a way to have that unity and communication between the community and Bend PD, because the Chauvin case is coming,” Waites said. “This is our chief of police. We want him to empathize with us. We want him to care about us. And if he would have done that, I think this small change would have gone a long way.”

Krantz acknowledged the connection K-9 dogs have with issues relating to civil rights and police brutality. “I think in the eyes of some community members there is a connection historically to the use of dogs, specifically on protestors and Black community members, and that, that could bring a fear of canines,” Krantz admitted.