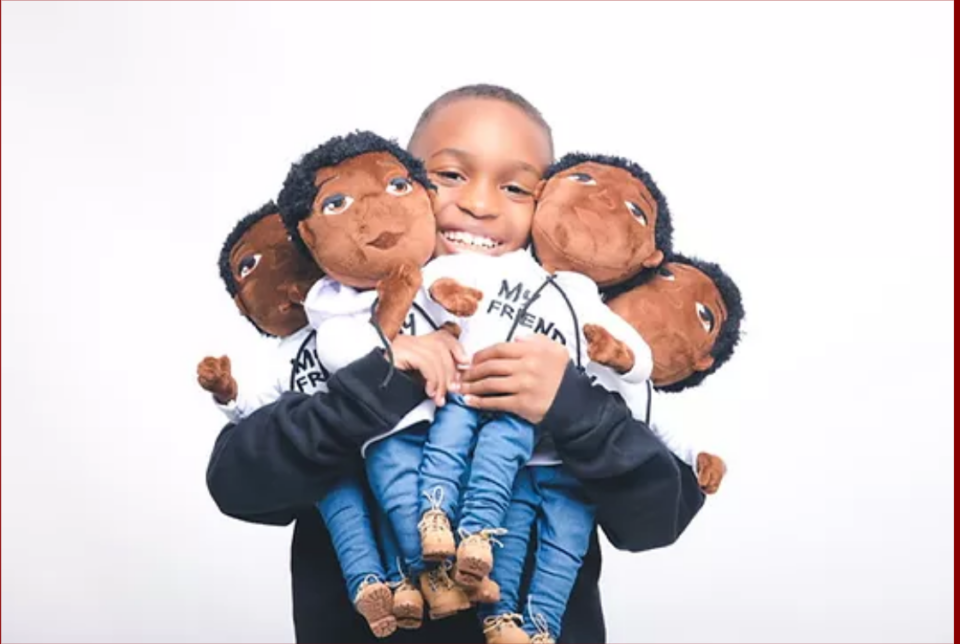 A mother-and-son duo in Twinsburg, Ohio, advocates for Black boy joy through the release of their Black boy doll line called Our Brown Boy Joy.

Demetrius Maurice Davis Jr., 9, motivated his mom, Luciana Gilmore, to start the company after questioning why her mentorship only involved girls. At her engagements, he’d be the only boy present, Cleveland.com reported.

“I was the only boy at these conferences,” Demetrius told Clevland.com. “My mom was also doing these Zoom meetings with them, and I felt left out.”

After “Lil D” questioned his mom, she went to work thinking of ways to support Black boys. She explored project ideas for weeks and then began to pray for answers. One evening it came to her—baby dolls that looked like Demetrius.

“I started shopping around for dolls of color and discovered there was nothing that looked like my son,” she said. “I knew then we were on the right track and began all the legalities of starting a business.”

“It never occurred to me to think boys might want dolls that look like them. He has older sisters, and I knew to always look for dolls of color for them,” the former Cleveland Metropolitan School District principal said.

In June of 2020, Gilmore and family gathered around Demetrius and presented him with a folder holding documents. He became the founder and CEO of Our Little Brown Joy on that day.

Now the owner of a doll line dedicated to Black boys, Lil D decided to use it as a platform to pay homage to 17-year-old Trayvon Martin who was shot and killed by a neighborhood watch captain in Sanford, Florida, in 2012. He also wanted to honor Tamir Rice, a 12-year-old playing at a park when he was fatally shot by a police officer in Cleveland in 2014.

Tamir was a student of Gilmore’s. Demetrius became interested in their stories following the death of George Floyd by police.

The “My Friend” dolls resemble Demetrius and are clothed in hoodies and Timberland boots to honor Trayvon, who wore a hoodie the night George Zimmerman took his life.

Gilmore said people need to know Black men and boys “have joy too, but like most, joy can turn to anger. I want people to smile when they see the doll.”.

The first round of dolls were produced in February of 2021. Prices range from $49 to $59 and can be purchased online.