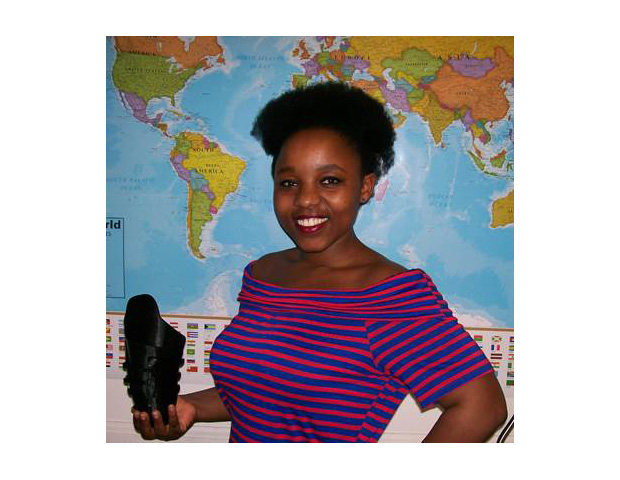 Claudine Humure, a senior at Wheaton College in Norton, Massachusetts, is one of the 10 young people awarded up to $10,000 as a winner of one of the OZY Genius Awards distributed by OZY, the daily digital magazine.

The OZY Genius Awards offers 10 college-age students up to $10,000 and the opportunity to bring their genius idea to life.

Humure won for her innovative and compassionate 3-D printed adjustable prosthetic socket, which will be used by amputees.

“This socket is much cheaper to produce on a 3-D printer,â€ Humure told me. “It cost about $100.â€ Because of the low production costs, Humure expects her prosthetic socket to be affordable to amputees in developing countries. Prosthetics now on the market are too expensive for many of them.

From Rwanda to Award-winning Designer

Humure has a personal interest in prosthetics. After losing both her parents in Rwanda’s genocide, she and her six siblings were raised in an orphanage. At the age of 13, she developed cancer, which led to the amputation of her leg. She first came to the U.S. to get a prosthetic leg in 2004, after which she returned to Rwanda. Later she came back to the U.S. to study after receiving a scholarship to attend high school in Connecticut.

When I asked Humure what inspired her to design the prosthetic socket, she said, “I was motivated by seeing how much prosthetic limbs are really needed. Being an amputee, I know what is needed.â€

Humure, a biology major who interned at the Massachusetts Institute of Technology where she was exposed to prosthetic research, graduates this May and intends to spend the rest of the year refining the socket’s design. But she also has goals for the future.

“I want to help amputees in different developing countries, not just Rwanda,â€ she told me. “I want to visit different countries and see what people are already doing and how I can help.â€

But eventually, she sees herself going home.

“I want to open a prosthetic clinic in Rwanda where amputees are rehabilitated and learn from each other.â€