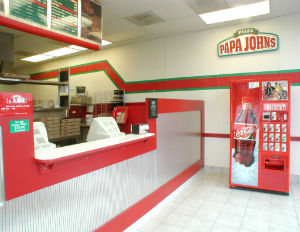 On May 19, a black Papa John’s customer in Sanford, Fla., received a voicemail message, allegedly from the man who had just delivered his pizza. Apparently, the workerÂ had “butt-dialed” the customer and left an N-word riddled, racist rant on the customer’s iPhone,Â complaining about the tip .

“That’s the only requirement for being a n****r,” the employee says. “Yeah, they gave me five bucks there. Fine, outstanding African-American gentleman of the community,” one employee can be heard saying to his co-worker.

The Papa John’s worker then sings a made-up song using the N-word.