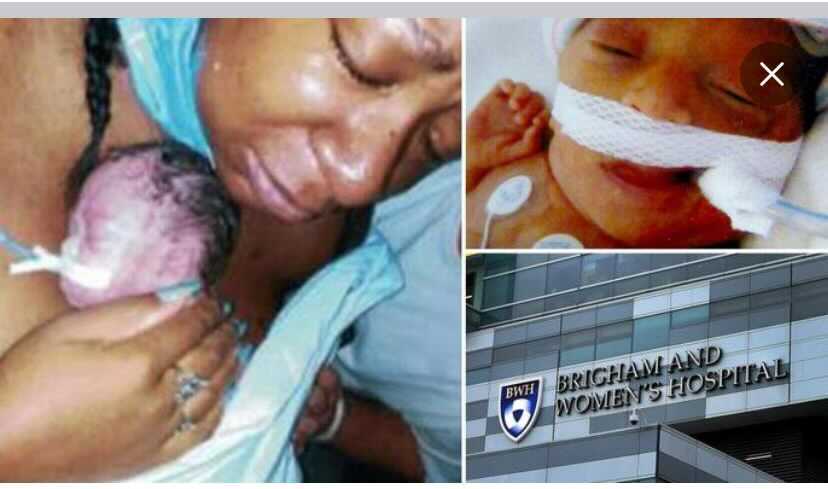 The distraught parents of a premature baby are suing the Brigham and Women’s Hospital in Boston after claims that an employee threw out their daughter’s body — days after she died — along with soiled linens.

However, the infant only went on to live for 12 days and died on Aug. 6; another devastating blow for the couple.

“They let me hold her while she died, while I was holding her,” Ross recalled. “She was baptized. And then when she was gone, they took her from us, but kept her in the room and dressed her in a white gown and let us say goodbye one more time as we walked out of the room. That was the last time we saw her.”

Four days later, as the parents made funeral arrangements, the funeral home designated to handle the infant’s remains reported to the parents that the hospital could not locate their baby.

In the lawsuit, the hospital allegedly threw out the body with dirty linens after two nurses took the baby to the hospital’s morgue following her death.

“There’s so much anger because they threw her out like trash,” Ross said.

In the filing, a nurse reportedly asked a transport worker where to place the remains. “You can put it anywhere,” replied the worker. Everleigh’s remains were then left in a rack designated for adults.
Per the outlet, CCTV footage reveals a pathologist dumping the bundle that carried the infant’s body into a bin containing human waste a day later.

According to the police report, in a final effort to find the remains, police and transfer station workers searched “soiled linens, towels, rags and hazardous waste such as blood and feces” for eight straight hours for two days.

“It just rips my heart out of my chest because so many people were so happy that she was part of the family,” said the grieving mother. “It was just so heartbreaking. We would never get to bury her. We wouldn’t even get to know where she ended up.”

The Thursday lawsuit named the hospital, Mass General Brigham, and 14 other hospital staff for their involvement.

“Every night I go to bed and I don’t know where she is. And that’s a terrible feeling. I know I have to live with that for the rest of my life,” McCarthy said.