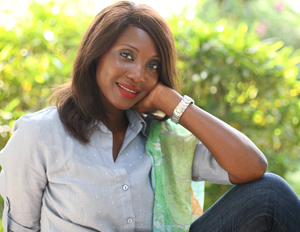 “There is a myth that Africans are clamoring to do business with African Americans. What I’ve come to realize is that the people on the continent want to do business with people with money. And money has no color,â€ says Stephen L. Hightower, CEO of Hightowers Petroleum (No. 12 on the BE industrial/service companies list with $308 million in revenues). “If you’re thinking you’re just going to go into the continent and be successful, that is a flawed assumption. You have to bring in something of value or significance, and you have to be financially able and capable to participate.â€

Hightower should know. He’s been conducting business in sub-Saharan Africa since 1982, the year he traveled to Nigeria, Cameroon, and Cote D’Ivoire on a trade mission with the state of Ohio. He’s been involved in a variety of financial dealings throughout the continent, including providing technology, supplies, and materials for ATMs and importing spirits.

So what are the necessary steps in order to engage?

Uncharted Play’s Jessica Matthews maintains that entrepreneurs should not make a substantial investment without first investigating the growth potential of a given region, citing that Africa is divided into subcategories and regions: East Africa, West Africa, Central Africa, Southern Africa, and North Africa. “When you think about investing in Africa, it’s a mistake to bundle up the whole continent as one place,â€ she stresses. “Each region is different. And it all really depends on your risk assessment as well.â€

Matthews offers her evaluation, asserting that East Africa and West Africa offer solid returns since those regions “are at the point where Brazil was about a decade ago.â€ Her assessment of South Africa is that it’s “too far ahead; you wanted to [have been] there about 15 years ago.â€ As for North Africa, she says it “is typically akin to doing business in the Middle Eastâ€; while in the Central African region–home to the Democratic Republic of the Congo, among other countries–”if you have the resources and ability to really take on extreme risk then it’s an amazing opportunity… super rich with opportunity but the infrastructure isn’t there to necessarily protect investors.â€

Regardless of the region, Hightower stresses partnerships, but warns entrepreneurs to engage in thorough due diligence before making their selection. “The proper local partner is going to be the ultimate key to your success, because there are very capable and sophisticated businessmen and -women in Nigeria and other countries on the continent that know how the U.S. does business and can do business with you in a manner that keeps you safe and aboveboard,â€ he says. “The wrong partner can lead you down a road of anguish. It can be easy to get totally disheartened by the thought of doing business on the continent, but the opportunities are vast.â€

“It’s about knowledge, preparation, and the ability to adapt,â€ says Derrick Williams III, a partner at Global Political Solutions. He, too, advocates forming joint ventures with an African entity on the ground. “Develop that strong partnership to expand your knowledge base.â€

Briggette Harrington, owner and founder of Tema, Ghana-based Golf World, agrees that such unions can steer business owners in the right direction–but she offers one caveat. “You also have to make sure they don’t have any legal or political problems because after you invest money with them, those problems become your own,â€ she says. “You’ll also need a lawyer in country to do your due diligence for you. Then you can start talking about forming an organization. Getting it registered, navigating government regulations and protocol, that’s another hurdle in and of itself.â€

Harrington has visited more than 12 African nations over the course of her career and has conducted business in four: Nigeria, Togo, Cote D’Ivoire, and Ghana. She advises entrepreneurs to uncover every detail about the country where they want to set up shop: Research the language, population size, and viable industrial sectors, among other characteristics. Moreover, visit the country and spend a minimum of three weeks to get a sense of its business environment and culture.

Continue reading this series on the following page…