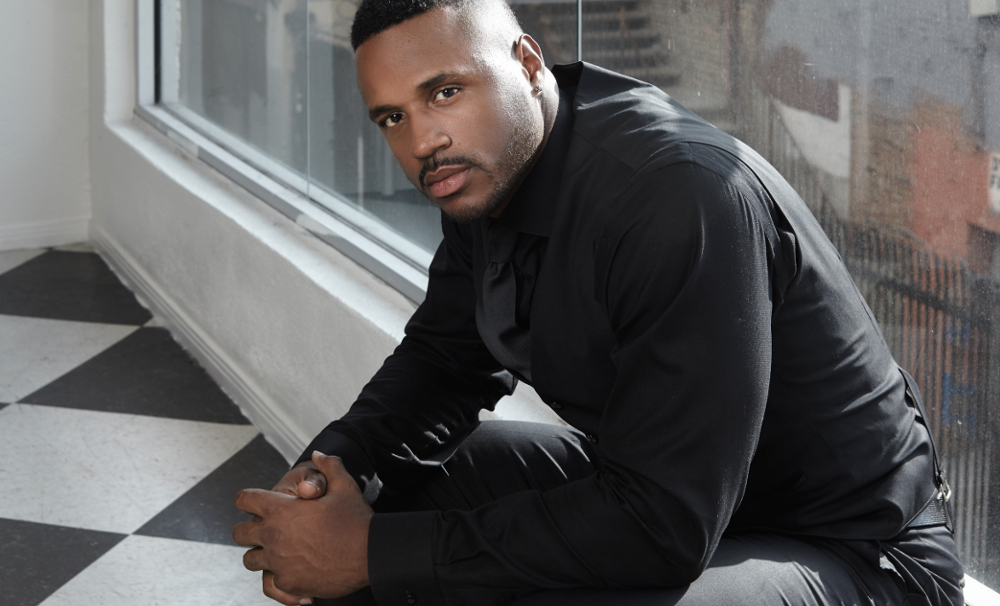 James Anderson is known for his power and passion as a leading defensive player in the NFL. But the record breaking veteran linebacker also has his eyes on competing in a different arena. Named to Bloomberg BusinessWeek Magazines 100 most influential athletes list, Anderson continues to expand his brand beyond the field. Teaming up with Scholastic, Inc. Anderson formed “Read Like a Pro”, a literacy initiative to promote the importance of reading and literacy, providing 12,000 books to underprivileged youth in Charlotte, NC and Chesapeake, VA. In addition  he is the President of Driving Force Giving Circle, a non-profit organization collaborating with Serena Williams and other prominent businessmen and women to increase their capacity for full influence of their philanthropic endeavors.

BE Modern Man had the chance to catch up with the powerful NFL linebacker to discuss his off the field endeavors and motivations for success.

What is your inspiration? To be the best and make a difference while doing it

How did you know/when did you realize that this is was what you wanted/were meant to do?

Not sure if this is what I’m meant to do but I love playing and I am inspired daily to work hard and grind to get better.

Tips you have on turning your passion or what you do in your leisure time into a profitable business/venture.

I think there is nothing better then finding something you love to do and having the opportunity to have that thing become a financial bonus.

The BE Modern Man tagline is “it is our normal to be extraordinary.” What makes you unique and stand apart from the crowd?

I’d have to say my work ethic and drive.  Im willing to do more then most people will even try to do.

My greatest achievement is being blessed with the opportunity to live out my dream and do what I love to do as well as being considered a role model. What you do personally won’t last past your 5 mins of fame but the impact you make on other people can last for generations.

How do leaders like yourself break through the static and make impact amongst your peers?

I think what sets you apart is being disciplined with the little things.  Everyone wants to be seen and heard for the big accomplishments or the big goals and tasks but doing the little things right when no one can see you will propel you above the rest.

What, in your opinion has been one of the most challenging moments that you’ve experienced, and why?

One of the most challenging moments for me was deciding to transition to a sport that is so different from what I have done my whole life. To be able to be hyper critical and honest of where I was with the sport of golf and commit whole-heartedly to going for what’s not really been done.

Do you believe that men of color are championed enough in the mainstream? If so, in what regard?

I feel the positive impact isn’t celebrated enough or highlighted enough.  Its often over shadowed by the negatives that happen. Negativity sells in todays media and positive acts are just brushed over.

Why is it important that BE Modern Men like you are represented in your specific industry or within the work that you do?

It’s very important to be represented to help the next generation as well as encourage other men who are on the verge of heading in the right direction.  in addition to the young men you affect,  young women will also be encouraged along the way.

As a man with a strong character, how do you see your own impact within your community?

I see myself as being an example of someone accomplishing things that other people aren’t always capable of. Moving forward I just want to be able to look back on everyday and feel that I used every moment to the best of my ability.

Mainstream media often paints people of color inside a box, one that limits them to a shortlist of stereotypes. How do you see your own narrative as enabling others to change the conversation and break free from the conventionality placed upon the African American community?

I feel I change the conversation by not getting caught up in a life that contributes to the negativity of those stereotypes. Seeing something you want to do and working to accomplish it despite what other people say is possible. I’m attempting to do something that hasn’t been done this way and I’m excited about it.

What does a BE Modern Man mean to you?

I just think it means doing what’s right and being the best you can be.  Whether that means being an educator, athlete, businessman, or employee. Take control and ownership of that role and you live it out to your utmost potential.