Creflo Dollar Who Once Asked Congregants to Help Buy $65M Jet, Now Admits He Misled Them About Tithing 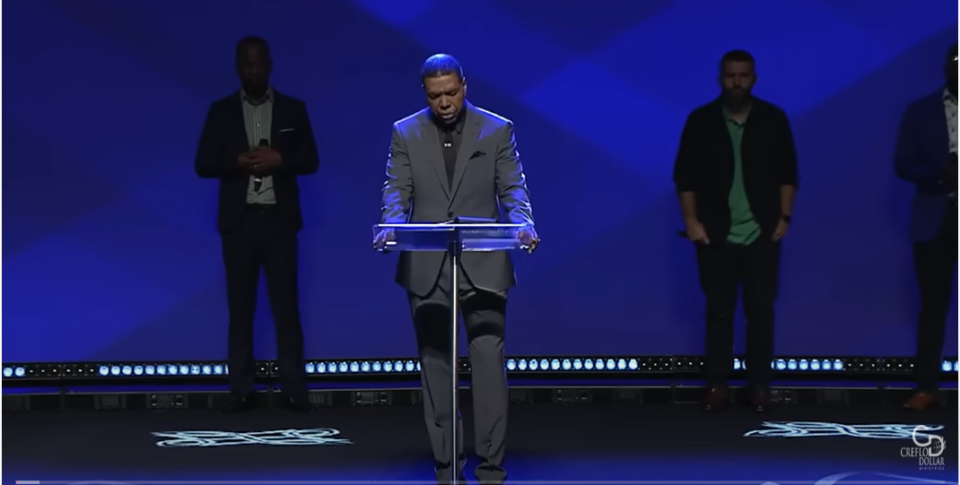 For those who have prayed for better days and have worked hard trying to “make a dollar out of 15 cents,” Atlanta-based Pastor Creflo Dollar is now coming to his senses saying that he was all wrong about tithing.

In a new video, the controversial 30,000-member World Changers Church International preacher sounds like he is turning over a new leaf and urged his congregants to throw away every book, tape, and video he’s sold to them on the topic of tithing, in a Sunday sermon titled, “The Great Misunderstanding.”

“Today I stand in humility to correct some things I’ve taught for years and believed for years,” he says in the video.

Dollar made the daunting confession about his misguided understanding of tithing, while citing Romans 6:14 in the Holy Bible to corroborate his claim that Christians “now live under grace and not the laws of the Old Testament.”

The prosperity pastor now says he’s been all wrong about his tithing beliefs, which by definition tithing means to give a portion (10%) of your income as an offering to your local church.

Dollar explains his newfound stance, saying tithing is Old Testament teaching and is no longer pertinent for New Testament believers.

In the video at point 12:26, he explains that some from the Old Testament school of belief took the 10% and applied it as the recommended minimum for Christians in their giving. But Dollar says the manufactured 10% figure is all wrong. He quotes Romans 6: 14: “For sin shall not have dominion over you; for ye are not under the law, but under the grace.”

“He says I want you to take a portion and put it aside. Now if you want to give 10% that’s fine but, you know, he didn’t say that,” Dollar contends in the June 26 video.

“You are under grace not under laws,” he said.

Dollar is changing direction, doing a 180 in his trajectory of thought, years after he took fire for asking his parishioners to donate $300 each so he could buy a $65 million Gulfstream G650 jet for doing ministry abroad.

As noted by CNN, the jet “comes with two Rolls-Royce engines, high-speed Internet and two multichannel satellites and allows for a four-and-a-half-hour commute from New York to Los Angeles.”

In Dollar’s ministry, he uses a term called “Honor Giving” which is akin to tithing, the Washington Post reports.

Many have accused Creflo of enriching himself “on the backs of credulous, lower-income worshippers.”

Pastor Michael Clayton Harris of the First Baptist Church of Passtown is not here for Creflo’s “new” revelation and took to Facebook to call him out.

“Until #CrefloDollar has a “Zaccheus” spirit which involves giving the people a REFUND for all the tapes, videos, books, and other materials they bought from him, I am not moved by his “new” revelation on tithing that is still flawed. It’s flawed because #JesusChrist used the “law” in His teachings. For example: In Matthew 4:4,7, & 10, whenever Jesus said, “It is written…” that was the law being used to combat the temptations of the devil. #SoundDoctrine #StudyToShowThyselfApproved”

Check out the video and let us know your thoughts.