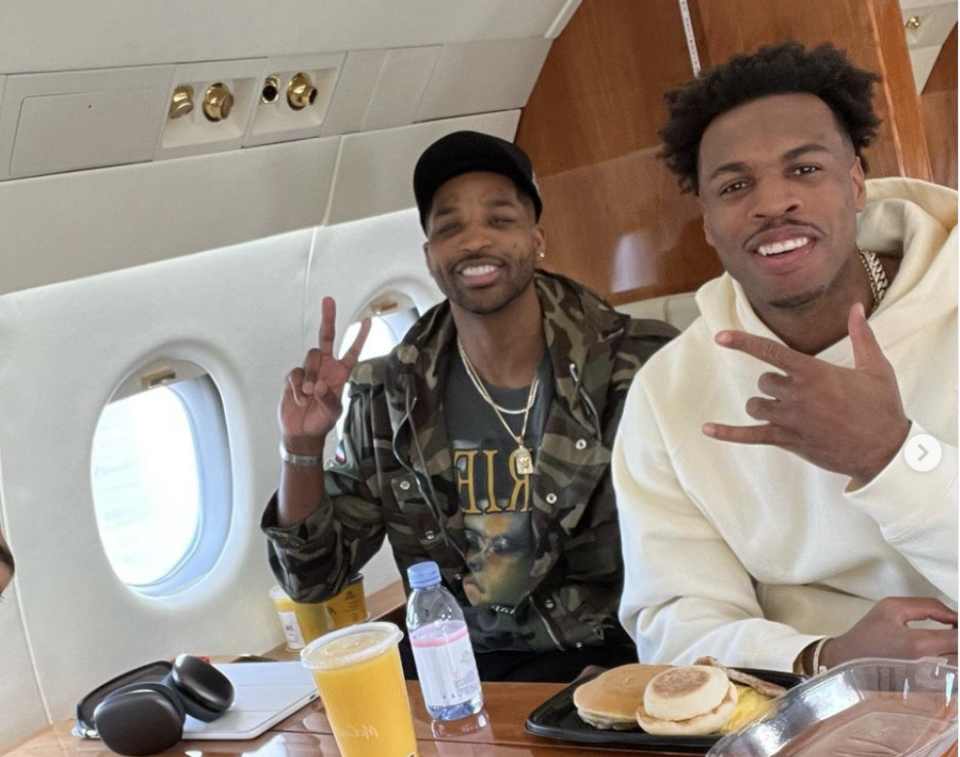 On March 4, Maralee Nichols allegedly dropped receipts in court documents that may prove claims that Chicago Bulls player Tristan Thompson wanted nothing to do with the woman or their son, Theo, and that she may not have known that he was engaged.

US Weekly reported that the fitness trainer shared Snapchat messages that suggested that Tristan admitted to Maralee that he was engaged to Khloe Kardashian. The alleged statements also implied that he continuously tried to persuade Maralee not to go through the pregnancy, referring to his unborn child as a “mistake.”

“I’m engaged, but I will be married soon. I told you I won’t and can’t be in the child life at all by no means … Why not wait till yoj [sic] find the right person to have a family with,” the alleged communication read. “Why would you want a baby with a man that’s engaged? You wanna keep a mistake.”

Last April, Maralee reportedly went off on Tristan, responding in messages, “You literally just told me you are engaged and are trying to be with your family. I didn’t even know you were engaged. You have a record of treating me like absolutely crap, and this whole situation has been upsetting.”

Other information disclosed in court documents suggested that Tristan allegedly spent a whopping $2 million for an engagement ring for Khloe. The filing also revealed that the baller reportedly told Maralee, in May 2021, that the couple was packing up and leaving the United States with their daughter, True.

Khloe was seen sporting a massive rock on her ring finger in 2020.

“Just a heads up, me and my fiancè [sic] gonna announce publicly about out [sic] marriage,” he reportedly penned in the Snapchat message. “Just a heads up. We probably moving out the country in September and live either in Europe or Caribbean. Better living for us and our family away from the bs of America.”

In February, Maralee divulged that the 30-year-old basketball player still hadn’t seen their son, Theo – nor offered any financial assistance.

“Despite news reports stating otherwise, Tristan Thompson has done nothing to support his son. He has not made any attempt to meet their son, nor has he provided any financial assistance,” Nichol’s rep, Harvey Englander, said.

Without seemingly using a condom, Tristan’s philandering ways caught up with him, and it appears that his son is paying for it.