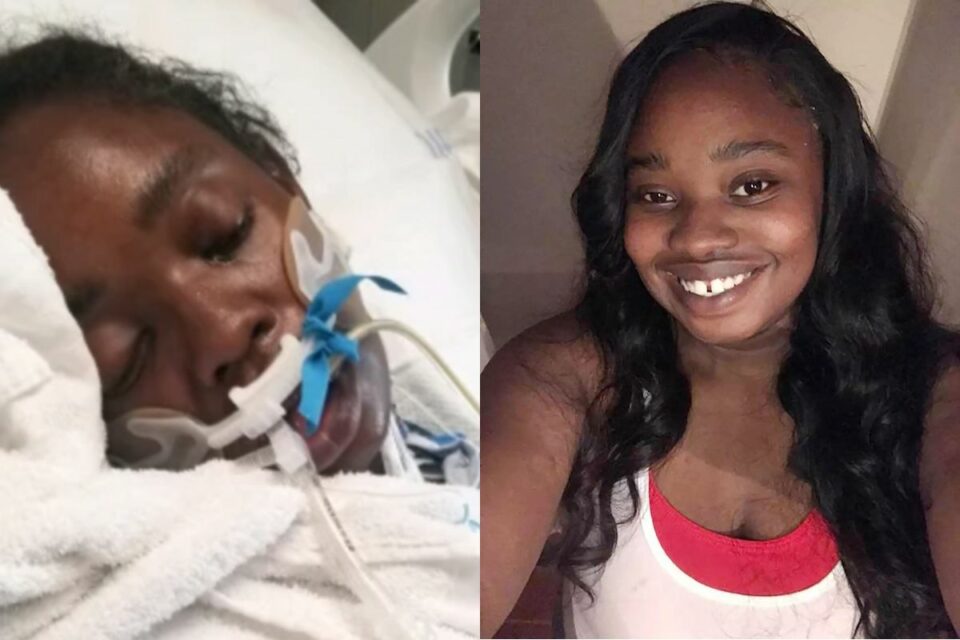 (Courtesy of the Grier family/Facebook)

Police placed a handcuffed Grier in the backseat of their vehicle without a seatbelt. While in transit, she fell out of the police car’s rear passenger-side door and suffered brain trauma, according to reports. Grier reportedly slipped into a coma and died six days later, on July 21.

According to medical records provided to the Daily Beast, Grier’s family attorney reported that Brianna Grier sustained injuries that included two different skull fractures on the back and side of her head because police authorities neglected to close the door.

Dr. Allecia Wilson, the director of Autopsy and Forensic Services at the University of Michigan, worked jointly with Roger Mitchell, chair of the Department of Pathology at Howard University, to conduct a preliminary investigation. Civil rights attorney Benjamin Crump, who represents Grier’s parents, made a call for the report, the Daily Beast reports.

Wilson described Grier’s condition at the time of her death at a press conference on Monday. Grier’s injuries included internal hemorrhages and brain swelling that caused it to rock from side to side within her skull. Her family’s legal team reports that the injuries resulted from a “violent collision” with a firm object.

The 28-year-old also had severe cerebral edema and compression of the brain structure, according to 24SSports.

During the announcement of the medical findings on Monday, Grier’s parents attended the press conference holding a picture of their daughter with their grandchildren Maria and Mariah—Grier’s two twin toddlers. The latter are in their grandparent’s custody.

“That’s why we’re here. We’re trying to get answers so we can finally tell them…what happened,” said Grier’s father, Marvin, speaking to the audience at Mt. Zion Second Baptist Church in Atlanta.

Wilson presented her pathology report and explained Grier’s brain damage, “What can sometimes happen when the brain or the head has an impact at one side, the brain can move inside of the skull, and that can cause injury directly opposite to where the impact occurs,” she said.

“This is a large subdural hematoma, and that’s the blood that is underneath the dura on the right side of the brain.”

She continued, “What happens when there’s this type of impact to the head, is that the brain can start to swell. In this case, the cause of death is consistent with the severe blunt force injury that occurred to the side of the head.”

One deputy employed by the Hancock County Sheriff’s Department was arrested, and the bodycam of the incident is now available to the public.

In the video, Deputy Timothy Legette and Sgt. Marlin Primus, the sheriff’s brother, is captured in footage putting a screaming Grier, who struggled with a schizophrenia diagnosis, into a vehicle, the Daily Beast reports.

Family attorney Eric Hertz believes the officers dropped Grier at least once before placing her in the vehicle. However, according to the Daily Beast, the video does not accurately support his claims of when it took place.