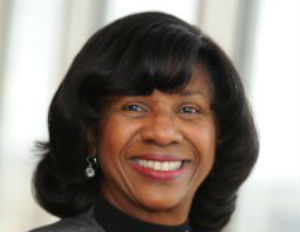 The former president elect plans to devote her presidency to serving ABA members and highlighting the value of the association by reaching out to lawyers and communities across the country. She’s currently organizing, ‘And Justice for All: An ABA Day of Service, on Oct. 30, to mobilize thousands of lawyers across the country to volunteer their legal services to those living on the economic margins.

“I look forward to leveraging the power of the nearly 400,000 ABA members to promote full and equal diversity and to end bias in the legal profession and the justice system,â€ said Brown in a statement. “If we are true to our calling as lawyers, we must address this issue.â€

The Howard University alum and renowned attorney has been practicing law since 1976, and has held a variety of leadership positions within the ABA– serving as a member of the ABA House of Delegates since 1997 and as former member of the ABA Board of Governors and its Executive Committee. She’s also been recognized by the National Law Journal as one of ‘The 50 Most Influential Minority Lawyers in America’ and by the New Jersey Law Journal as one of the “prominent women and minority attorneys in the State of New Jersey.”