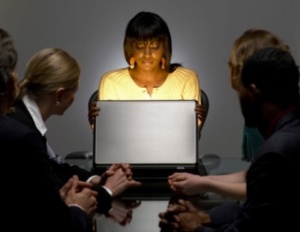 A survey conducted by Economic Policy Institute economist, Valerie Wilson, found that women are more likely to work multiple jobs than men. It’s not that women are increasing the number of jobs they work — the actual share of workers holding multiple jobs has been declining since 1994—but the phenomenon is more prevalent among women.

“Around 2000, 2001, we see rates declining for men, but staying relatively stable for women,â€ says Valerie Rawlston Wilson, director of Economic Policy Institute’s Program on Race, Ethinicity, and the Economy (PREE).

“Part of this has to do with the differences in the kinds of jobs men and women hold. Women are likely to work in minimum wage occupations like retail and fast food. Minimum wage jobs pay less, making multiple forms of employment necessary,â€ she adds.

The report challenges the notion that millennials are working more multiple jobs in response to what’s being called a “freelance economy,â€ driven by self-employment.Â  The data found that young men age 20 — 24 are far less likely to hold multiple jobs than young women.

“In some cases, women are the sole household earners. The fact that they make less means they just have to do more in order to do what it takes to get by.Â  I don’t see this changing until we see changes to the underlying causes of the pay gap, and the occupational segregation that takes place in this country,â€ says Wilson.