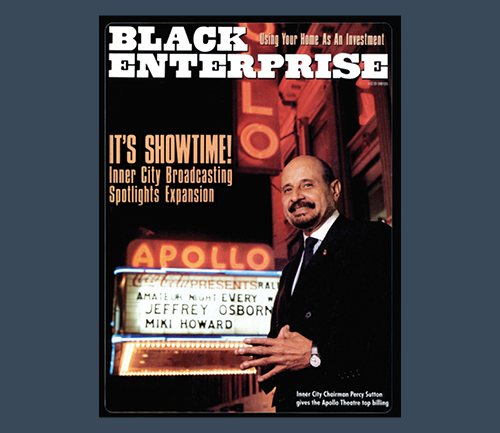 The late politician, Tuskegee Airman, and civil rights activist purchased a single radio station in New York City in 1971 for $1.9 million and grew it into media conglomerate Inner City Broadcasting Corp.—one of the first such broadcasting entities owned by African Americans. Its model of R&B, talk radio, and community service would be replicated nationwide. A fixture on the legendary 125th Street as a young man, Sutton gave back to the community when he purchased a financially devastated Apollo Theater for $250,000 in 1981. After saving the famed venue, his company produced the hit TV show Showtime at the Apollo and other programming. Sutton also headed a group that owned The New York Amsterdam News, the second largest Black weekly newspaper in the country.