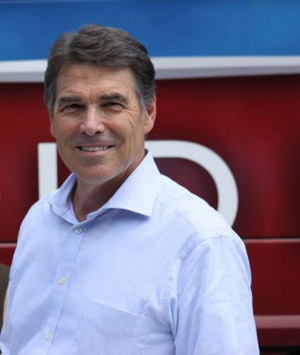 Gov. Rick Perry dropped out of the Republican presidential race in North Charleston, South Carolina on Thursday. He announced that he would endorse Newt Gingrich‘s presidential bid, calling him a “conservative visionary.â€

Perry, who opened his bid for the Republican presidential nomination five months ago, said “there is no viable path forward for me.â€ He urged Republicans to support Gingrich, who he conceded was not a perfect candidate, but was the best conservative alternative in the race.

“Newt is not perfect, but who among us is,â€ Perry said.

The Texas governor reached the decision on Wednesday night, his aides said, and informed Gingrich of his plans to leave the race. He was planning to fly home to Texas shortly after his announcement.