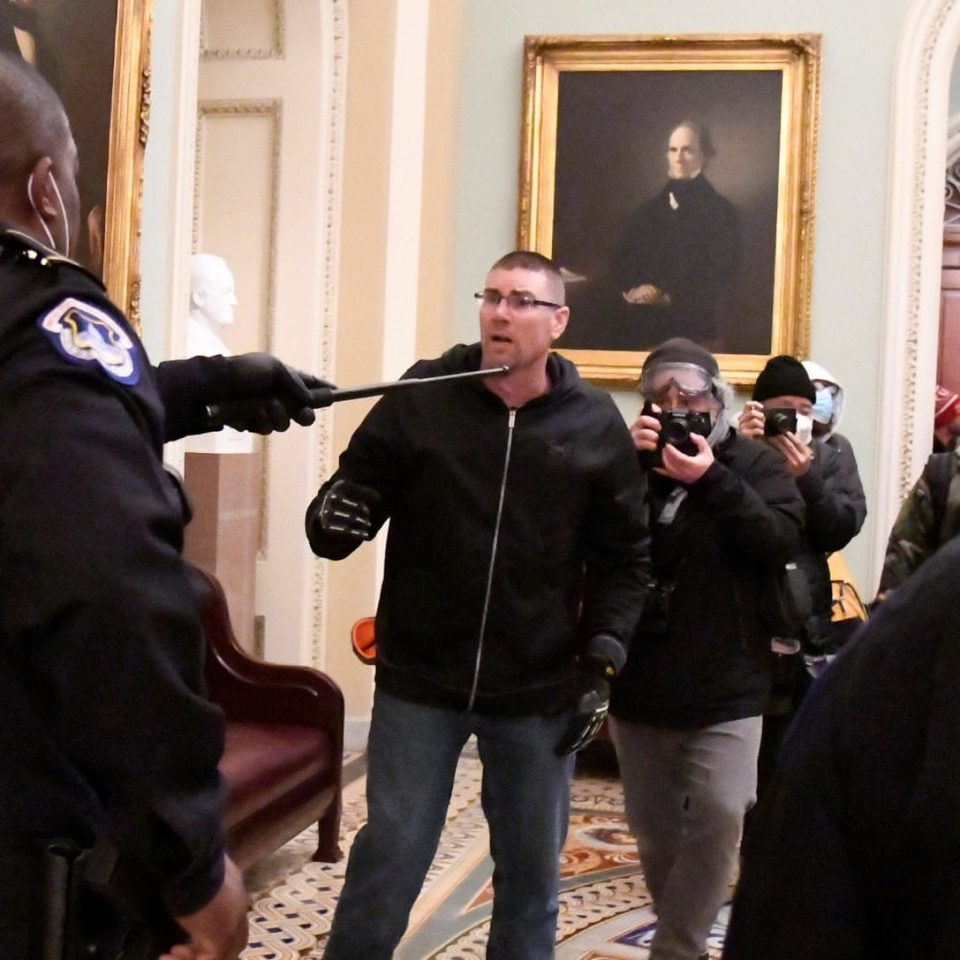 As more footage of the Jan. 6 storm on the Capitol continues to be released, a Black police officer is being hailed for drawing away protesters from the Senate and potentially saving hundreds of lives.

Efforts to award Army veteran and Capitol Police Eugene Goodman for his heroism and efforts last week is picking up steam. Goodman not only held back protesters from taking over the building, but he led the group away from the chamber when he realized it was unguarded.

More than 100 lawmakers were in the chamber when Goodman approached the hallway. Realizing he was by himself after screaming for assistance through his walkie talkie, Goodman turned away from the Chamber and led the group down the wrong hallway where backup was waiting.

Goodman’s efforts have been praised across social media for not only leading the protesters away but also for managing to not draw his weapon or fire a single shot. A petition to award Goodman with the Medal of Honor for his effort has over 16,400 signatures as of Jan. 13.

The award is the government’s highest and most prestigious military decoration. Many believe it should be one of President-elect Joe Biden’s first actions after he is sworn in as president next week.

The man chasing Goodman in the video, Doug Jensen, was apprehended last weekend and is now facing federal charges, including unlawfully entering the Capitol, disrupting government business, violent entry, parading in a Capitol building, and blocking law enforcement during the riot.

Five people, including Capitol Police officer and former Air National Guard veteran Brian Sicknick, died during the storm. A female veteran who was part of the mob who attacked the Capitol died after being shot by a Capitol officer.

Outgoing President Donald Trump has largely been blamed for the situation after he tweeted for his supporters to go to the Capitol. Since the attack, banks, social media sites, and even his hometown have turned their backs on Trump.