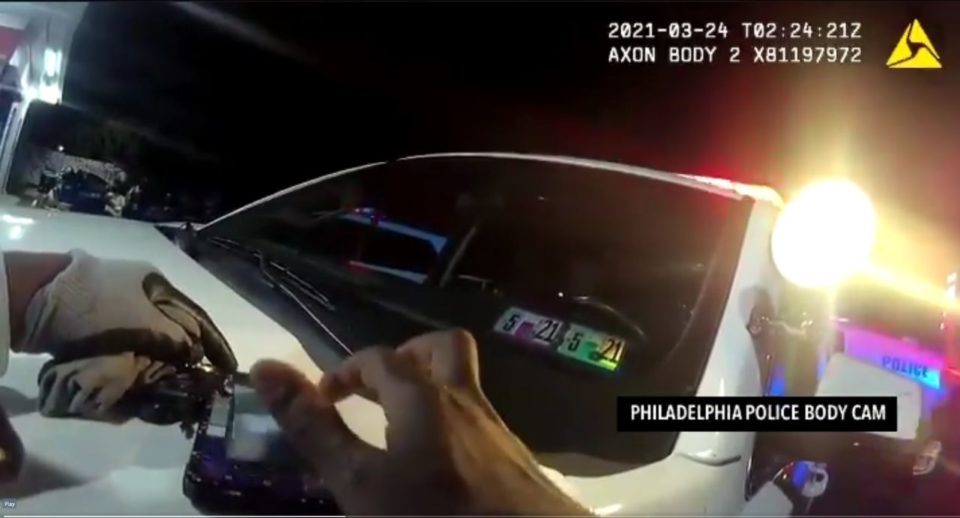 A police officer in Philadelphia is under investigation after he allegedly deleted footage of an arrest he made in March.

According to ABC News, Officer Tyree Burnett’s body camera footage allegedly showed him deleting the cell phone footage of the interaction, which had been filmed by Jacob Giddings, the person he arrested.

The incident took place on March 23 as Giddings was sitting in his car at a gas station. Police officers had approached him, and according to Giddings’ attorney, Lennon Edwards, the cops asked Giddings for identification but did not offer an explanation for the request.

As the officer approached the vehicle, Giddings had advised him that he was recording the incident by telling him, “I got you on camera. Go ahead and grab me again.”

The officer then grabbed Giddings and proceeded to take him out of his car. He was then arrested.

.@PPDCommish says officer who allegedly deleted cell phone video during an arrest back in March, has been on restricted duty since April, and that there is an internal affairs investigation into the incident. Video was released by the attorney of the man arrested. @6abc pic.twitter.com/Y6er0QOYlc

According to 6ABC, Philadelphia Police Commissioner Danielle Outlaw has stated that Burnett is on administrative duty pending the internal affairs investigation.

“We are aware of this incident, and he’s actually been on restricted duty since, I believe, April. But there is an active and ongoing internal affairs investigation right now.”