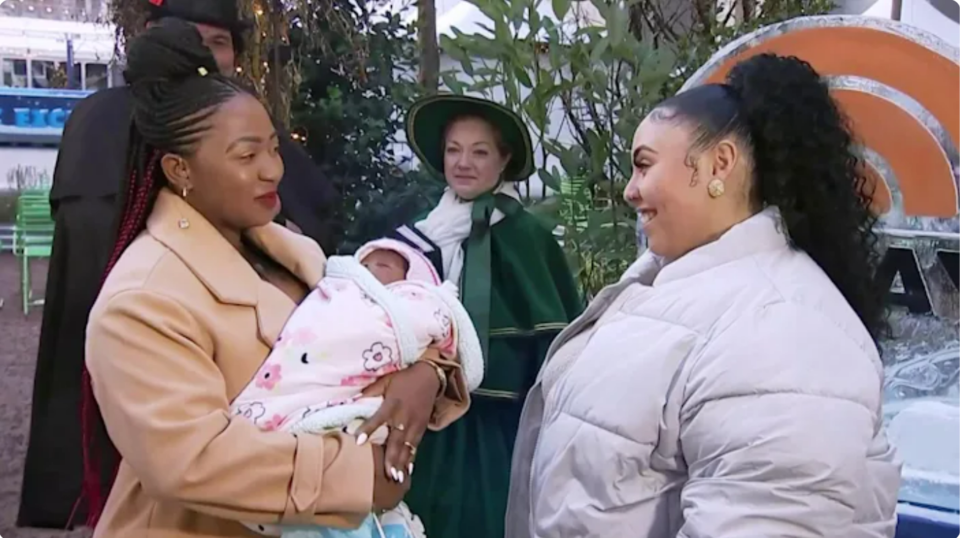 The worlds of two women collided on just one phone call, marking the beginning of a forever connection.

As reported by Today.com, Philadelphia 911 operator, Elyce Rivera was notably named godmother by the woman she successfully coached through delivering her baby on the side of the road.

While nine months pregnant, Charlotte Fatoma was her duty as a nurse at an assisted living facility when she began experiencing intense contractions. The mother of two thought she had more time and decided to drive the 40-minute route to the hospital.

As traffic came to a standstill, Fatoma’s labor advanced. She knew time wasn’t on her side, so she dialed 911 and reached operator Rivera on the other line.

In an exclusive video, Rivera said Fatoma was screaming, so she encouraged her to take deep breaths to avoid any distress for the baby.

Fatoma’s contractions were two minutes apart when Rivera realized the ambulance still wasn’t nearby, so she advised her to pull over on the side of the road.

“I just told her, listen, you’re gonna see your baby sooner than you think,” said Rivera.

“She told me to position myself in the car, move the seat back, push yourself all the way to the edge of the chair, put your legs up, prop yourself and make a way for that baby,” Fatoma explained.

With the help of Rivera’s calm coaching, Fatoma pushed until she could feel the baby’s head. Rivera continued to guide her as she gave one final push and gave birth to a 7lb, 1oz baby girl on the side of Montgomery County’s Interstate 476. The ambulance arrived just as Fatoma’s bundle joy did.

While both women were emotional, Rivera was especially relieved to hear the baby crying. This was a miraculous moment for Rivera, having only been on the job for four weeks.

“Elyce is an angel in disguise. She was wonderful. She treated me so kind,” said Fatoma.

A month later, both women reunited on the Today Show. Fatoma was excited to reveal that she had given baby Elizabeth the middle name of “Elyce” before asking the 911 operator if she would be the newborn’s godmother. Rivera gladly accepted, and the two women embraced each other.