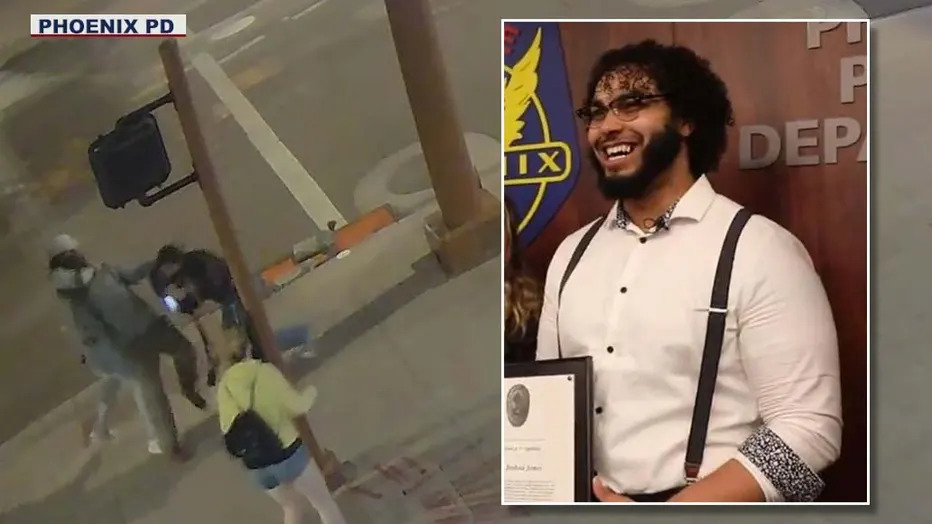 The Phoenix Police Department saluted a man for his prompt action to save a teenager from a violent assault in downtown Phoenix, Arizona, last month.

As reported by FOX 10 Phoenix, on Feb. 1, a teenage girl waiting for her boyfriend was approached by a man who began to attack her.

Phoenix PD shared a surveillance video showing the man wandering on a street corner in downtown Phoenix. In the video, the man pauses before running up to the 18-year-old girl, grabbing her by the neck, and putting her in a chokehold.

Josh Jones, a bystander during the incident, saw the assault and immediately interfered while the man still held his grip on the young woman. Jones eventually took the suspect down to the ground, apprehending him until police arrived on the scene.

“I just did what I thought was right,” Jones said.

“It does take a special person to not even hesitate to go and handle this. We are hiring!” said Phoenix Police Chief Jeri Williams, according to 12 News.

Last week, Williams and the department recognized Jones for his heroic actions with a Citizens Award, and posted the acknowledgment on Twitter.

“Josh stepped in during an assault, and apprehended the suspect until police arrived. Thank you, Josh!”

#PHXPD is recognizing Josh Jones for rescuing a teenage girl in downtown Phoenix on February 1st, 2022.
Josh stepped in during an assault, and apprehended the suspect until police arrived.

During the award ceremony, an officer expressed his personal gratitude before presenting Jones the award.

“We appreciate it. As a father with two daughters in graduate school [in Phoenix], it hits home for me. So, I appreciate you for stepping in, sir. Thank you very much,” the officer said.