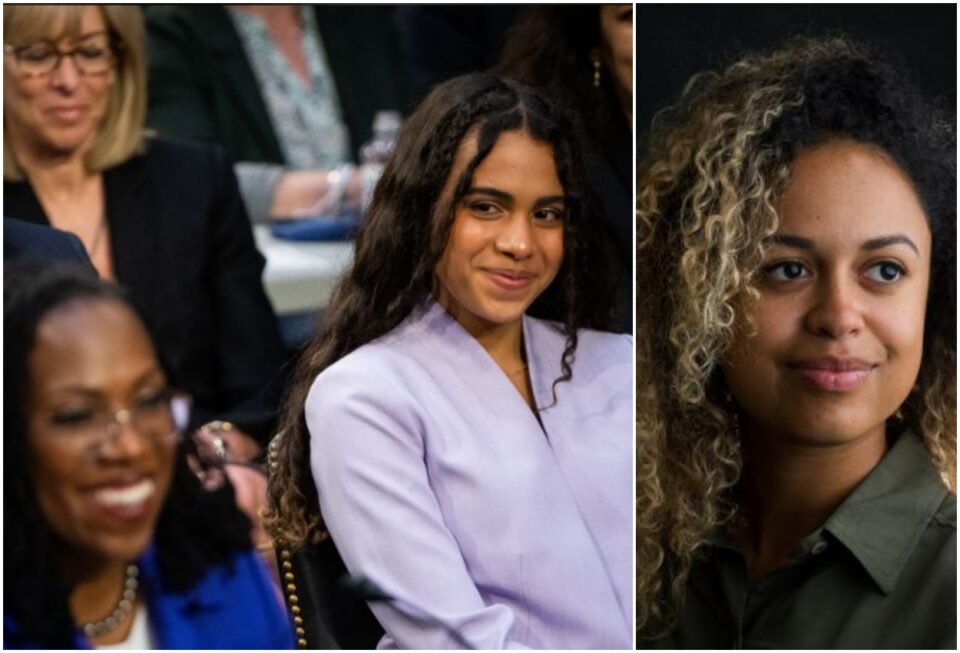 Little did Sarabeth Maney know her position at future Supreme Court Judge Ketanji Brown Jackson‘s hearing would capture the timeless shot of the judge’s daughter, encapsulating the representation of Black joy between mothers and daughters.

Maney, a photographer for The New York Times, recounted the details from her historic vantage point in a guest story for Oprah Daily. Throughout  the history of congressional hearings, the Oakland photojournalist mentioned that notable photos have been taken from a “prime center position on the floor in front of the judge’s table” while she stood on the “less desirable” side of the room that overlooks the Senate committee and guests.

“I had a unique vantage point to something the photographers on the floor couldn’t see–Leila Jackson,” Maney wrote.

During the hearing, the photojournalist scanned the room for facial expressions as she carefully listened to testimonies. Maney took notice of Judge Jackson’s “full smile,” but it was her daughter, Leila, whose proud expression she couldn’t let slip away because it personally resonated.

“I thought about how I might feel if it were my own mother sitting in that historic seat,” Maney, 26, said.

“I was raised by a single mother who juggled three jobs, so I knew what it felt like to be deeply loved and inspired, but also to understand the reward of hard work—even if that meant accepting the sacrifices that came with it.”

As a mixed woman with Mexican and Creole roots, Maney shared her experience growing up in Martinez, California, a predominantly white community in the Bay Area. She recalled struggling with her own identity especially while peers often “dismissed me for being different.”

“Perhaps that’s part of why I noticed Leila’s smile when many others in the room did not,” she said.

“Beyond the feeling of pride and admiration, Leila’s expression translated into, for me, affirmation for Black and brown women. Her gaze told me that we did indeed belong in that room, even though that room was not historically designed for us,” Maney continued.

As a Black woman, whose demographic is least represented in photojournalism, Maney found “pride” and “purpose” to witness the first Black woman nominated to the Supreme Court.

The representation is real, and according to Maney, the emotions ran deep. As a photojournalist, she has to work without emotions. As the photo blazed across social media, her joy overflowed.

“Of course, as photojournalists, we want our pictures to resonate in such a widespread way, but what was most important to me was why this photo meant so much to so many,” she said. “Tens of thousands of mothers and daughters could see themselves reflected in that photo.”

“And for Black women, Leila’s gaze toward her mom represented an endless portal of opportunities they and their daughters can achieve for themselves,” Maney concluded.