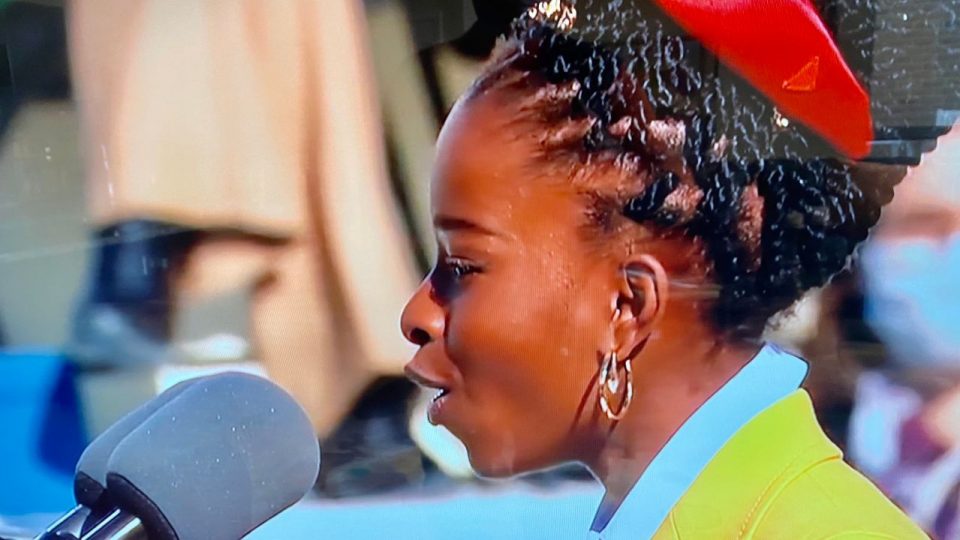 Inaugural Poet Amanda Gorman is leaving a mark on every stage that she touches.

The national youth poet laureate captivated millions during Biden’s inauguration. Her original poem, “The Hill We Climb”, has become a beacon of hope for many.

But the young star isn’t finished yet. On February 7th, she will recite an original poem before the Super Bowl.

“You really have to crown yourself with the belief that what I’m about and what I’m here for is way beyond this moment,” Gorman shared during a TIME Black Renaissance interview with former first lady Michelle Obama. “I’m learning that I am not lightning that strikes once. I am the hurricane that comes every single year, and you can expect to see me again soon.”

From Inauguration to Super Bowl

Gorman’s life has been moving in the fast lanes over the last few weeks.

She’s received job offers via Twitter, signed on as an IMG Model, landed on the cover of TIME Black Renaissance issue, and was interviewed by former first lady Michelle Obama.

“The past couple of weeks have been insane. That’s literally the word that just keeps popping up in my head,” says Gorman during a video interview with TIME. “I don’t think I always knew I was going to be the Inaugural poet, but every single time I wrote a public poem, before I began writing it, I would tell myself: write a poem that is worthy of a presidential inauguration.”

Now, Gorman is getting ready to take her poetry skills to the Super Bowl. She will be the first poet to ever perform at a Super Bowl.

The NFL has called on Gorman to acknowledge the work of three “honorary captains” before the big Super Bowl game, according to the Associated Press. Trimaine Davis, Suzie Dorner, and James Martin will be recognized for their COVID-19 response.  They were also selected for being a representation of the NFL’s ‘It Takes All of Us’ brand campaign.

“During this incredibly challenging time in our lives, Trimaine, Suzie, and James have exemplified the essence of leadership, each in their own way,” Goodell said in a statement. “We are grateful for their commitment and proud to share their stories.

Goodell adds that he is grateful to “recognize them during this special moment on Super Bowl Sunday.”

Gorman’s voice will lead the recognition. Her poem moved millions at the inauguration and now her words will be used to honor the trio at the Super Bowl. Her poem will focus on the impact of the three honorary captains. It will be televised inside Raymond James Stadium in Tampa, Florida.

There’s no doubt that more is in store for this 22-year-old Harvard graduate.