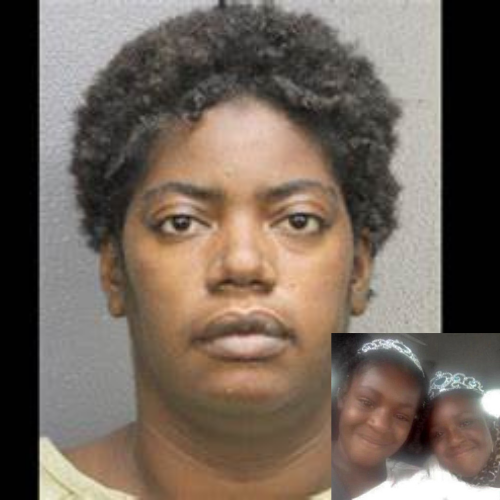 A Black mother got charged with murder after police recovered the bodies of her two daughters in a Florida canal.

The children’s bodies were found on June 22 with Hogan initially being a person of interest, CBS Miami reported. Investigators determined that the children were last seen alive on June 21.

It was on June 22 that officers received calls about a floating person and were called to a canal at 5926 NW 21 Street.

“Police and Fire arrived on scene and the body of a juvenile female was pulled from the water,” the release said.

The authorities first recovered the body of what they described as a “pre-teen black female wearing blue jean shorts and a gray shirt containing the word “Dance” on the front in rainbow colors,” which later turned out to be Destiny.

Daysha’s body was recovered after police were called again about reports of a second body floating in a canal near 2201 NW 59th Way.

“This female was described as being a juvenile black female wearing a tan shirt and flower pajama pants. She was later identified as Daysha Hogan,” the Lauderdale Police Department said.

Police said that the body did not show any signs of trauma at the scene.

Originally, Hogan was taken into custody but police did not file any criminal charges against her.

After a month-long investigation, including reports that Hogan was offering to baptize children around the neighborhood in the canal two days before the incident, police had enough to arrest Hogan on Wednesday, ABC 10 Miami reported.

“Tinessa Hogan was transferred to the Broward County Main Jail without incident,” the Lauderdale Police Department said in a press release sent to Newsweek.

The case is still active and police are encouraging witnesses to come forward with information.