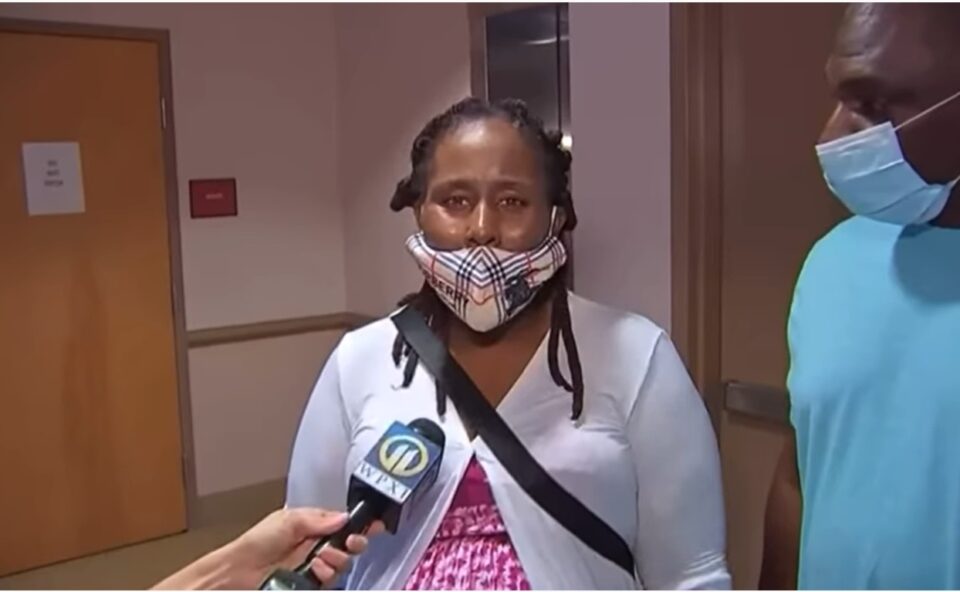 Kamahlai Stewart, a Black woman who is pregnant, at a drive-thru Giant Eagle pharmacy (screenshot)

Pennsylvania council members suspended its local police chief after a viral video shows him harassing and yelling at a pregnant Black woman.

The suspension comes after mounting criticism of the video that shows him confronting Kamahlai Stewart, a Black woman who is pregnant, at a Giant Eagle pharmacy drive-thru.

According to NBC affiliate WPXI, Desimone, who was not in uniform and driving an unmarked car, became angry and demanded that Stewart leave the pharmacy before receiving her prescription so that he could get his.

According to Stewart, he yelled at her and turned on his car’s police lights. She was at the pharmacy picking up medicine for her sick child.

“What were you thinking to put myself, my unborn child, and my 5-year-old ill son in danger like this?” Stewart told the outlet, addressing Desimone. “I was shocked, appalled. I can’t believe you, of all people—you’re the chief of police—for you to turn on your lights and try to intimidate me was totally an abuse of power.”

Dismissing the claim, Desimone insisted that the confrontation has been ” blown out of proportion.” He called it a “little dispute” and suggested it was reasonable to use his position as chief of police to demand Stewart pull over to let him get in front of her in line.

One woman called the suspension a “disgrace,” describing it as a “vacation” rather than a punishment, and wants the police chief to be terminated permanently.

“Everybody’s got a different disposition,” Esper told WPXI. “He’s [been] here 20-some years. I mean, come on, he’s never abused anybody. There’s two sides to every story, also.”