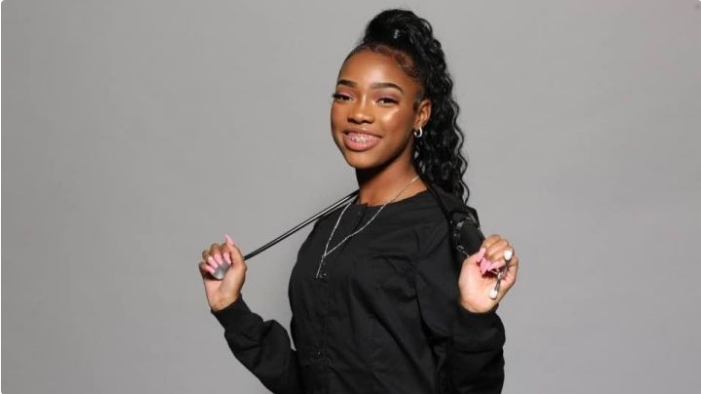 A young Black teenage girl in Detroit was killed while riding her bike, and according to police, she was an innocent victim who was “caught in the crossfire.”

According to Fox 2 Detroit, approximately two weeks ago, 18-year-old Tikiya Allen was shot and killed on her bicycle outside of a friend’s duplex around 4:30 p.m. on July 21.

Police officials in Detroit have released surveillance video of a vehicle that is wanted in connection to the shooting death of Allen, who was an 18-year-old nursing student, on that Wednesday afternoon where police said she was caught in the crossfire.

“We know that Ms. Allen was not the intended target at this point,” White said. “It appears—all indications—that she was caught in the crossfire of someone who made a horrible decision to use a weapon to resolve whatever dispute that they were having.”

Click on Detroit has also reported that a 20-year-old young man sitting in a vehicle was also shot. The man is expected to survive. Police officials are looking for a red Ford Taurus as the vehicle has distinctive rims and unique paint. Police are asking the public’s help in identifying the men that were seen inside the Taurus.

The family of Allen has set up a GoFundMe account asking for donations to help support the family.

“Tikiya Allen was a young, beautiful, vibrant 18 year old Oakland University nursing student. She was always smiling and full of life. Unfortunately, on Wednesday afternoon she was shot and killed riding a bicycle enjoying a day with friends. Tikiya was an innocent bystander and her life was taken away before she was able to experience it. This tragic day has caused tremendous grief on her loved ones.”