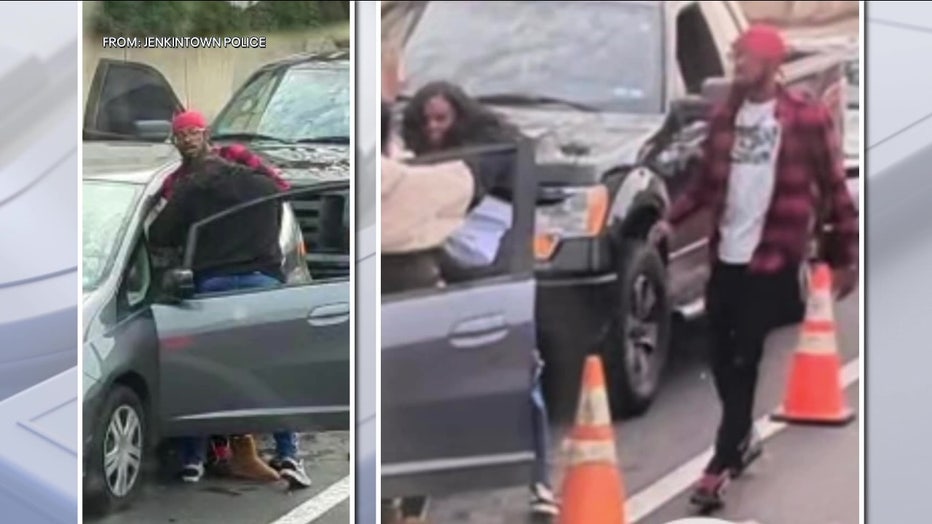 Police in Jenkintown, Pennsylvania, are searching for a male and female suspect caught on camera brutally beating a woman in a suspected road rage incident.

The physical assault took place Thursday in broad daylight, CBS Philly reports. The Jenkintown Police Department was called to the intersection of York and Rydal roads around 10 a.m. on Thursday for the road rage brawl.

In an eyewitness video, a man and woman can be seen exiting their vehicle to approach the car in front of them. A woman comes out of the car and starts fighting with the other woman. At one point she backs up into her car but gets pulled out by the woman and man before getting stomped unconscious.

The 23-year-old female victim was taken to a nearby hospital for treatment and was later released. Police posted a video of the shocking incident on their Facebook page.

“The female victim was violently assaulted by a male and a female outside and inside of her vehicle which caused her to become unconscious,” police said in their Facebook post. “She was transported to an area hospital for treatment.”

Eyewitnesses believe the suspects are from Philadelphia, the same city the victim is from, NBC Philadelphia reports. The attackers fled the scene before officers arrived. Authorities located their Ford pickup after the assault, but the vehicle had no license plate.

“We are asking the public for assistance in identifying the male and female suspects pictured here and seen in the video,” Police said on Facebook. “We are also asking anyone who witnessed this incident or has any information (pictures/video/etc) to contact JPD.”

Many on Facebook voiced their concern about the assault and the eyewitnesses who filmed the incident without offering to help the female victim.

“I am appalled at people committing crimes and/or assaults,” one person wrote in the comments.

“Also, I am equally appalled at the people that are recording. I’m sure the recorder would want someone to come to their rescue, if the tables were turned.”