Post-Debate Review: Did Clinton and Trump Really Address The Concerns of African Americans? 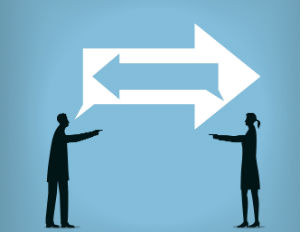 The smoke has cleared and the results of the first presidential debate, watched by roughly 83 million, are in: Hilary Clinton demolished Donald Trump.

I served on a panelist of political analysts Monday night at the world famous Apollo Theater, as part of its Uptown Hall Presidential Debate Watch. In front of a capacity crowd, we were asked before the candidates took to the stage at Long Island’s Hofstra University, the site of the toe-to-toe contest, our predictions for its outcome. I chose Clinton, assuming that her experience and platform specifics would disarm the bombastic Trump. I must admit, I didn’t realize that she would so dismantle the real estate mogul, that at times his responses would be completely incoherent.

I was also asked about the topic in which I had theÂ greatest interest in hearing from the candidates. Although the economy and national security were of obvious importance, I was curious to gain insight into how both would engage in the concerns of African Americans, including bridging America’s racial divide.

With the protests over the growing number of fatal police shootings of African Americans, Lester Holt, NBC news anchor and the debate moderator, placed the topic on the front burner.

Clinton, who owes the Democratic nomination, in large part, to votes from African American Baby Boomers and Gen-Xers during the primary, responded that, “Race still determines too much; it often determines where people live, determines what kind of education in their public schools they can get, and, yes, it determines how they’re treated in the criminal justice system.” In referencing “those two tragic examples, in both Tulsa and Charlotte,” she advocated the restoration of trust by improving relations between communities and the police relations; engaging in better training for police officers to reduce their “implicit bias” in dealings with African Americans; tackling the “plague of gun violence” and addressing “the systemic racism in our criminal justice system.”

Citing his endorsement from the Fraternal Order of Police, Trump, on the other hand, presented himself as the “law and order” candidate that could handle “a situation where we have our inner cities–African Americans, Hispanics–living in Hell, because it’s so dangerous. You walk down the street, you get shot.” His remedy: a return to the stop-and-frisk procedures employed by New York City police, when Rudy Giuliani was mayor of New York. Studies have shown that the practice–a form of racial profiling that was extremely offensive to thousands ofÂ  African Americans and Latinos–was not an effective deterrent to crime. Moreover, it was ruled unconstitutional.

Trump’s characterization of African American and Latino communities as virtual war zones was a stark contrast to the embrace Clinton gave communities of color, as hubs with “the vibrancy of the black church, the black businesses that employ so many people, the opportunities that so many families are working to provide for their kids.” As you can imagine, throughout this segment of the debate, Clinton received thunderous applause and cheers from the Apollo crowd while Trump drew hisses and boos.

I believe where Clinton and Trump–as well as Holt, in his questioning–fell woefully short, was in the narrowness of the conversation. The issues facing African Americans are more than those of police brutality and urban crime. As I told the audience at the Apollo before the debate, I was looking for candidates to delve into policy discussions that addressed closing the racial wealth gap, in which the net worth of white households is roughly 13 times greater than that of African American households; advancement of black-owned businesses beyond mom-and-pop status–as 96% of roughly two million such firms are sole proprietorships–and having them fully participate in proposed investments in manufacturing and infrastructure; and improvement of our grossly underperforming public school systems that have betrayed millions of African American students and parents.

Before we go to the polls in six weeks, future debates and conversations must provide a full-throated discussion of such issues, as opposed to the usual bromides on improving the lot of the communities of color to score political points, or the condescendingly blustered offering of the question, “What do you have to lose?” to black voters, as a policy position.

Yes, fireworks offer excitement, but we are deserving of a full debate that substantively addresses our concerns. That way, the voters win.