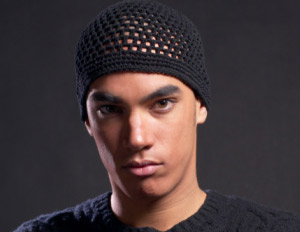 Recent events across the globe demonstrate just how powerful social media has become in instantly assembling individuals with a common purpose and setting the stage for social, political and commercial change. One of the most prominent examples has been the digital initiative leading up to the end of President Hosni Mubarak’s 30-year reign in Egypt, the most populous country in the Arab world. In fact, it had been dubbed “The Facebook Revolution” because the social network was so instrumental and effective in organizing young Egyptian protesters. The Facebook page, “We Are All Khaled Said” named after an Egyptian businessman who attempted to expose police corruption before being fatally beaten by security forces, served as a call to action to dissenters throughout the country.

Following the “Twitter Revolution” in Tunisia more than two months ago that led, in part, to the ouster of dictator Zine El Abidine Ben Ali, the Egypt-focused network helped galvanize a relentless campaign against police brutality and rights abuses a s well as provided information, posted often-graphic photo and video content and published the names of abusive law enforcement officials. The page inspired tens of thousands to participate in the Jan. 25 “Day of Rageâ€ protest and sparked a series of massive demonstrations that continued to grow in number with each passing day. Cell phones buzzed with text messages and mobile cameras recorded images of violent acts that were then posted on Facebook, Twitter, Youtube and Flickr. After 18 straight days of protest, the Mubarak regime had been toppled.

So Malcolm Gladwell is wrong.

In his October 2010 New Yorker article, the renowned author of bestsellers such as The Tipping Point and Outliers, claimed that “high-risk social activism requires deep roots and strong tiesâ€ and the use of social media like Twitter, Facebook and Youtube could not serve as the driver for stirring such activity. In his essay, he maintained that social media created “weak tiesâ€ and such vehicles were efficient tools in “managing your acquaintances.â€ To buttress his point, Gladwell used the Civil Rights Movement by citing how four college students who shared the same dorm at North Carolina A&T students some 50 years ago participated in the historic sit-in to integrate the lunch counter at Woolworth’s in downtown Greensboro, North Carolina and how their action spread to cities across the South–without the use of the Internet. In fact, Gladwell created his own social media-inspired revolt when his article was met with a firestorm of protest for his dismissal of the power of the Internet. Due to his comments, a number of bloggers cast him as a Neo-Luddite.

Even though Gladwell thought social media wasn’t a major factor in the demonstrations in Egypt–he wrote in a follow-up column on Feb. 2 that “people protested and brought down governments before Facebook was inventedâ€– Mubarak did. As hordes of protesters filled Cairo’s Tahrir Square, the Egyptian government shut down Internet access in roughly 20% of the country. To no avail, social media continues to fire up a global movement.

Other examples abound regarding how these networks connect people and move them to action even though campaigns may not be as politically charged as a government coup. After entire villages in parts of Japan’s Northern Pacific Coast were obliterated following last week’s devastating earthquake and tsunami, one of that nation’s worst disasters, Facebook and Twitter have been used as a vital digital link, helping large numbers discover the fate of loved ones within hours — a process that would have taken weeks and months in an analog world. Now, the Internet is being used to locate other survivors of this tragedy as well as initiate mass fundraising efforts.

The next scenario may not offer a life-and-death example but could serve as the catalyst for greater diversity in media. BLACK ENTERPRISE co-hosted the Boomerang Effect in New York last Friday along with event organizers– The Marcus Graham Project, a national network of diverse media professionals, and SERVE 60, a grassroots organization dedicated to promoting service through their “one hour volunteer movement. â€ The organizations effectively used social media networks to simultaneously assemble hundreds of black professionals to participate in 15 such functions across the nation. Although the Boomerang Effect was a networking event, it provided a venue to build relationships and initiate dialogue around partnerships, mentoring opportunities and other strategies to diversify the advertising and marketing industries. To further maintain lines of communication, MGP employs an online mentoring community to network, discuss industry trends and offer career advice.

The key to igniting revolutions is rallying the troops through a barrage of amplified messages of dissent and empowerment. It is made more effective through a communications network driven by advanced technology. In fact, one could make the case that pre-Internet technology took the Civil Rights Movement, Gladwell’s example, from sleepy Southern towns to the international stage. It was television that brought the inhumanity and injustice of the Jim Crow South into millions of homes and touch the nation’s collective conscience. One only wonders how much more expansive and palpable those demonstrations would have been if clips of the brutality faced by sit-in protesters or Freedom Riders had been posted on Facebook and Youtube or their desegregation victories had been tweeted 24/7. I suspect the response would had been instantaneous in building grassroots support and triggering massive, multi-city protests.

If social media can be used as a tool to topple governments, bring aid to disaster victims and organize diversity efforts, imagine what it can do for your business, career and philanthropic efforts. Today’s revolution will not be televised. It will be digital.

3 Tips to Keep Boomers in the Job Game

Buyerâ€™s Guide: Lexus Crosses Over to the Green Side

FacebookTwitterYoutube
← 3 Tips to Keep Boomers in the Job Game ← Buyerâ€™s Guide: Lexus Crosses Over to the Green Side
×
'