The Power of Broke: Making Success Your Only Option 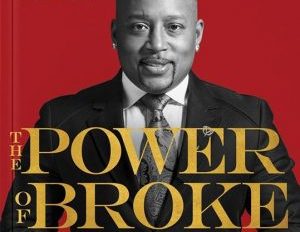 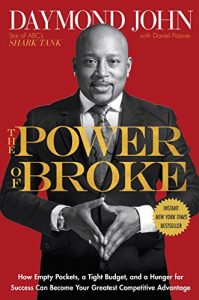 The Power of Broke: How Empty Pockets, a Tight Budget, and a Hunger for Success Can Become Your Greatest Competitive Advantage by Daymond John is a great book for new and aspiring entrepreneurs. But, the book may be even more valuable to those who have been in the entrepreneurship game for a minute, and who may even have a legitimate claim to mogul status.

That’s because of The Power of Broke‘s central premise–which is to achieve sustained growth and success via the urgent (or even desperate) need to innovate and solve problems, due to the scarcity of capital, connections, and other resources–must be maintained, even when those resources are in abundance. In other words, you need to harness the power of broke at every stage of your entrepreneurial journey.

John, co-founder of the iconic urban fashion brand FUBU and the star of the hit business-focused reality TV show Shark Tank, has essentially written a book that celebrates, in the words of Dr. Martin Luther King Jr.,”The fierce urgency of now.â€ Having this mentality can majorly benefit your ability to operate without everything on your wish list, as you grow your business. This flies in the face of conventional wisdom, which points to access to more capital, opportunities, and key influencers as the universal solutions to all challenges and obstacles pertaining to successful entrepreneurship.

John uses his own entrepreneurial experiences, as well as those of Under Armour Founder Kevin Plank, angel investor Tim Ferris, social media influencer Acacia Brinley, and others to make his case for the power of broke.

Lessons of the book include:

The power of broke won’t allow you to waste valuable resources, even when you have them in abundance.

When you have more money and resources than you need, it can cause you to overspend on bells and whistles that don’t really add value to your business, even if you can afford them. For example, though net profits may have doubled for three consecutive years, that doesn’t mean you should lease expensive, new office space.

The power of broke will help you to resist the urge to splurge, if expenditure doesn’t add to the bottom line or value to the customer.

The power of broke will force you to be honest about whether you are actually making money or not.

Having access to too much capital in the early stages of building a business could cause you to mistake your “busy-nessâ€ for business. For instance, you can afford to mount a major media campaign and finance other activities to generate a lot of buzz for your company before doing the basic blocking and tackling, to prove the viability of your product or service in the marketplace.

The power of broke will keep you focused on establishing real traction with paying customers, treating revenues from actual sales as the only source of operating capital with which to grow your company.

The power of broke will keep you focused on what you need to do to continue to grow the business.

More capital and other resources, equals more options for you and your business. More choices can make you less decisive, as you become fascinated by one shiny, new opportunity after another. For example, you could neglect needed upgrades on the product that is generating the most profit for your company, by diverting your attention and resources to endless brand extensions.

The power of broke helps you focus on the most important use of your time, energy, and resources. It also helps you to not get distracted by all the things you can afford to do, because you are flush with cash.

Whether you are an aspiring, fledgling or established entrepreneur, you need to read The Power of Broke and integrate John’s stay-hungry philosophy into your mindset, as well as the culture of your business. Losing your hunger means losing your edge, or as John might say, “Failing to harness the power of broke could turn you from shark to shark bait.”