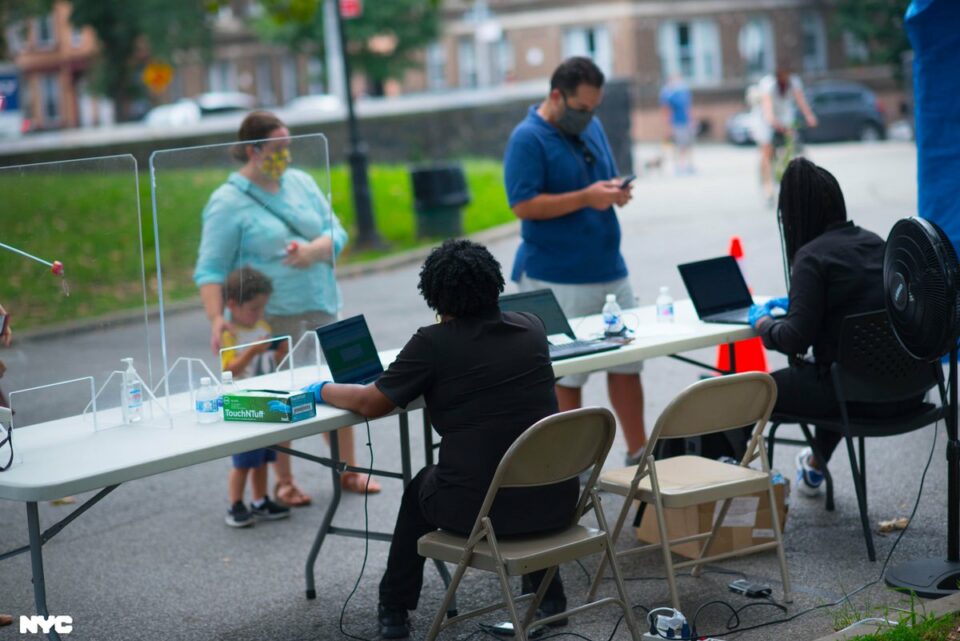 A councilman in New York City’s Staten Island area is calling out city health officials who have been using race to determine how COVID-19 testing gets distributed.

City Councilman Joe Borelli spoke with reps for the Department of Health and Mental Hygiene and said it was almost impossible for residents in Staten Island’s South Shore to receive testing, NY Post reports.

“Our office has been receiving calls regarding the mobile NYC H+H testing sites such as Wolfes Pond Park,” Borelli said in a Dec. 22 email. “It appears many are waiting with delays, and are being turned away after waiting for hours.”

The email was sent to staffer Briana Nasti, who claims the city prioritizes neighborhoods flagged by the city’s Taskforce on Racial Inclusion & Equity. The task force was put in place by former NYC Mayor Bill de Blasio in 2020 and placed 31 NYC communities on the “priority” testing list.

The neighborhoods were selected based on “health status, living conditions, social inequities, occupation, and COVID-19 Wave 1 impact. With three areas in Staten Island coming in at number 33, or last on the list, Borelli is speaking out.

“I think we are clearly not on their racial and ethnic rubric priority list,” he said. “There was no problem pointing fingers at the South Shore of Staten Island when it came to sending enforcement goons.”

Borelli was referencing the mask mandate enforcers who came to Staten Island to close down small businesses that didn’t enforce the rules.

But Staten Island isn’t the only NYC community upset over the lack of testing. Despite the Omicron variant surge, Queens Councilman Robert Holden, who represents Glendale, Maspeth, Middle Village, Ridgewood, Woodhaven, and Woodside, said his district still doesn’t have a testing site.

“COVID-19 does not discriminate by politics and neither should lame duck de Blasio. We need testing sites and home test kits immediately,” Holden said.

“Bill de Blasio sees districts of middle-class taxpayers who didn’t vote for him as people who don’t deserve protection from COVID-19. His administration only enters districts like ours to fine small businesses and use them as cash machines.”