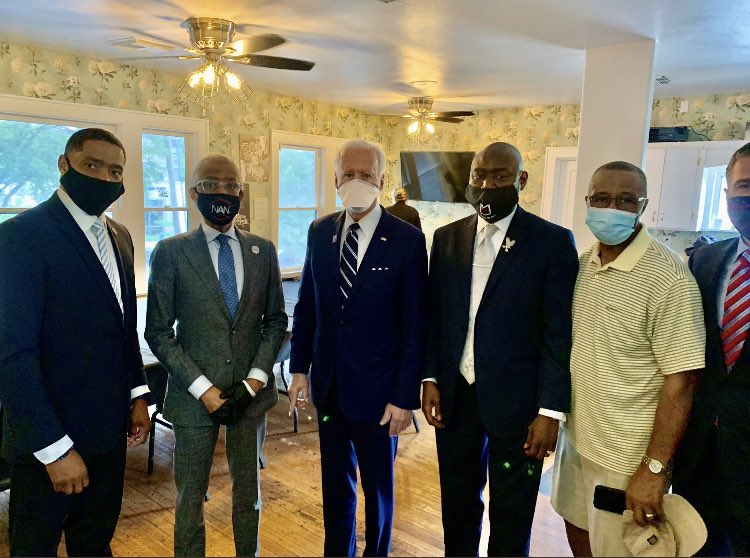 This year’s National Action Network’s (NAN) National Convention—taking place online on April 14—is set to be one of the largest civil rights conferences in the country, according to a White House press release.

Wright’s death in Brooklyn Center, Minnesota, on Sunday was “a God awful shooting in the midst of an ongoing trial for the killing of George Floyd,” said Biden in a meeting with members of the Congressional Black Caucus as reported by the Independent.

In the meeting with Black lawmakers, when he was asked about what hope for change Black Americans should have regarding police interactions under his administration, Biden said, “A lot.”

“We’re in the business, all of us meeting today, to deliver some real change,” he said earlier. “Every single aspect of our government, including every agency, has a primary focus on dealing with equity. It’s not a joke.”

Some of the other guests have never publicly addressed their opinion on these issues. However, Pelosi has weighed in on the Floyd situation in an exclusive interview with USA Today.

“I feel sad about the spectators, and that that young woman who said she’s up all night because she wonders what she could have done differently,” Pelosi said. “I think if any of us was there, we would have gone up and just pulled him off him. But we might have gotten shot, and that’s probably why somebody didn’t pull him off.”

NAN President and founder Sharpton created one of the leading civil rights organizations in the country with chapters 30 years ago.