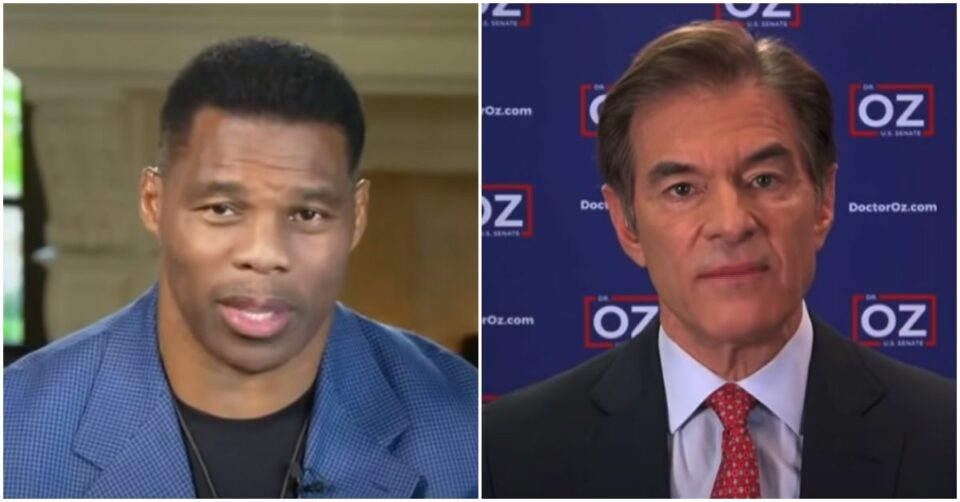 Mehmet Oz and Herschel Walker have been terminated from the President's Council on Sports, Fitness & Nutrition. (Image: Twitter)

President Joe Biden formally asked two Trump-appointed members of the President’s Council on Sports, Fitness, and Nutrition to resign or be terminated.

CNN reports Biden requested Mehmet Oz and Herschel Walker, who are both Republican Senate candidates in Pennsylvania and Georgia, to step down. Both men were appointed to the council by former President Donald Trump, who reappointed them to two-year terms just before he left office.

In letters sent to both men, a Biden official said it’s against the administration’s policy for federal candidates to serve on presidential boards and requested their formal resignations by 6 p.m. Wednesday.

Known professionally as Dr. Oz, the television personality is currently in the middle of a contentious primary in Pennsylvania put out a video on Twitter turning the issue into a political moment by adding Dr. Anthony Fauci should be the one fired. Dr. Oz also added, “If President Biden wants to politicize health, he will have to fire me,” which Biden did.

Meanwhile, Walker, a former running back for the Dallas Cowboys and the Trump-owned USFL’s New Jersey Generals, did not comment on the letter on Biden’s demand. The two men have already been replaced by WNBA All-Star and Washington Mystics forward Elena Delle Donne and philanthropist José Andrés.

This isn’t the first time the Biden administration has asked someone to step down from a presidential council. Late last year, several Trump officials were requested to step down from advisory boards including White House press secretary Sean Spicer, senior counselor Kellyanne Conway and national security advisor H.R. McMaster.

The President’s Council on Sports, Fitness, and Nutrition aims to promote healthy accessible eating and physical activity for all Americans regardless of race or ability. The council was founded in 1956 under the Eisenhower administration. The council has often included professional athletes. Under former President Barack Obama, gymnast Gabby Douglas, ice hockey player Caitlin Cahow, and soccer player Carli Lloyd served on the council.