President Biden To Unveil White House Portraits Of The Obamas 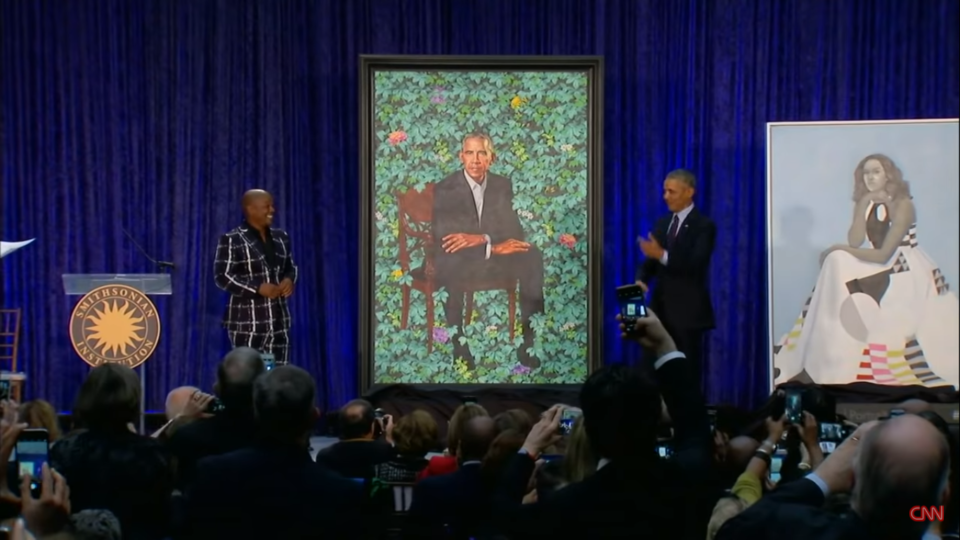 According to an NBC News report, the portraits of the Obamas are “virtually done.”

Former President Donald Trump refused to participate in the White House’s unveiling of Barack Obama’s portrait when he was in office, breaking the tradition. It wasn’t the first White House tradition Trump broke as he also refused to attend Biden’s Inauguration.

It’s likely Trump won’t participate in a similar ceremony with Biden in the future. However, according to NBC News, Trump is working on his portrait.

The National Portrait Gallery paintings of the Obamas, which was unveiled in 2018, are the only part of the collection currently outside of the White House. They’re also the only portraits created by Black artists.

One of the reasons the reveal will happen later this year is the unveiling typically take place in the East Room and includes a couple hundred guests, but the White House is currently not holding events of that size due to the coronavirus pandemic. A person familiar with the process told NBC News “it would be a shame to do it and have only six or seven people there.”

The portrait unveiling is a time-honored tradition among presidents. Former President George W. Bush hosted Bill and Hillary for their portraits and the Obamas hosted George W. and Laura Bush. In addition to Trump not unveiling the Obamas portraits, he replaced Bill Clinton’s and George Bush’s portraits with ones of former Republican Presidents Theodore Roosevelt and William McKinley. Biden put the portraits of Bush and Clinton back on display in March, according to USA Today.

The process of the portrait can take up to four years and includes several discussions between the artists and the subjects.