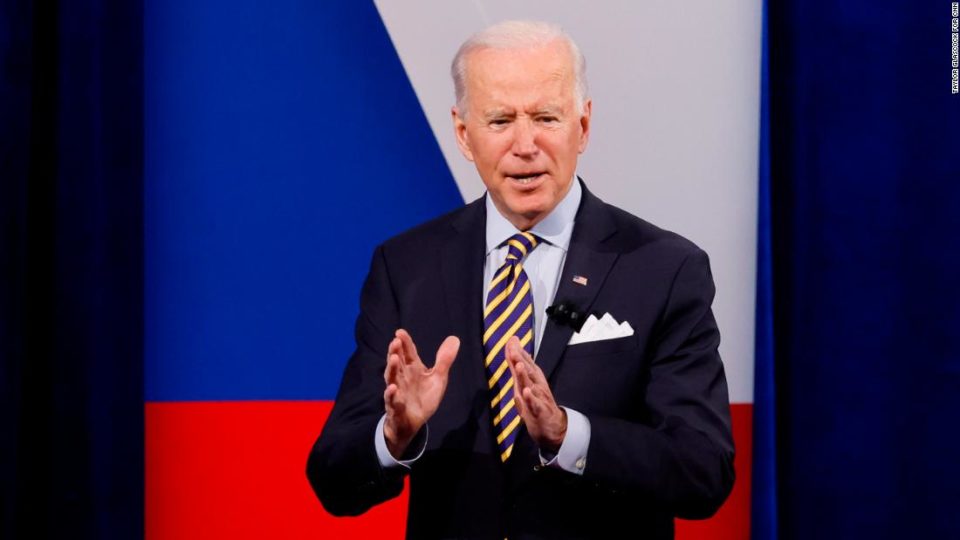 (Reuters) – President Joe Biden vowed during a prime-time televised town hall on Tuesday to accelerate the country’s vaccination program and said teachers should be moved closer to the front of the line for inoculations to allow more schools to reopen.

In his first official trip since taking office in January, the former president traveled to Wisconsin, a battleground state that helped propel his electoral victory over President Donald Trump, to address Americans’ concerns directly and build public support for his $1.9 trillion pandemic relief bill.

“I think that we should be vaccinating teachers – we should move them up in the hierarchy,” Biden said during a CNN broadcast in Milwaukee, after a parent and a teacher asked what he planned to do to permit schools to operate safely. The president noted that states, not the federal government, have the authority to decide how to prioritize vaccinations.

Biden said he expected that everyone who wanted a vaccine would be able to get one by July, when his administration will have secured enough shots to inoculate all Americans.

With the U.S. Senate having acquitted Trump in his second impeachment trial on Saturday, the White House is eager to press ahead with Biden’s agenda on the economy, fighting COVID-19, curbing climate change and addressing racial inequality.

Biden wants Congress to pass his relief bill in the coming weeks in order to get $1,400 stimulus checks out to Americans and bolster unemployment payments.

Tuesday’s visit, as well as a trip scheduled for Thursday that will take Biden to Michigan to tour a vaccine manufacturing site, offered the president an opportunity to tout the bill’s importance even as Republicans remain largely opposed to its massive price tag.

Congressional Democrats have barreled ahead with the legislation, arguing that going “big” will help boost the economy and bring the pandemic under control in a country where more than 485,000 people have died from COVID-19.

The number of deaths, new cases and hospitalizations has dropped in recent weeks across the country, and the pace of vaccination is slowly increasing. But thousands of Americans are still dying every day from the disease, and the economy remains fragile.

Tuesday’s event took place at the Pabst Theater, a landmark concert venue, where attendees were masked and spaced apart.

Wisconsin had supported Democratic presidential candidates since 1988 before backing Trump in 2016, one of a handful of states that flipped Republican and helped him defeat former Secretary of State Hillary Clinton. Biden narrowly carried the state in November.

Biden has traveled to his home state of Delaware and to the Camp David presidential retreat since taking office on Jan. 20, but the trip to Milwaukee, Wisconsin’s largest city, was his first on official business since becoming president.

Tuesday’s travel also included Biden’s first flight on the larger version of Air Force One, the presidential plane. When traveling back to Delaware, he flew on a smaller model.