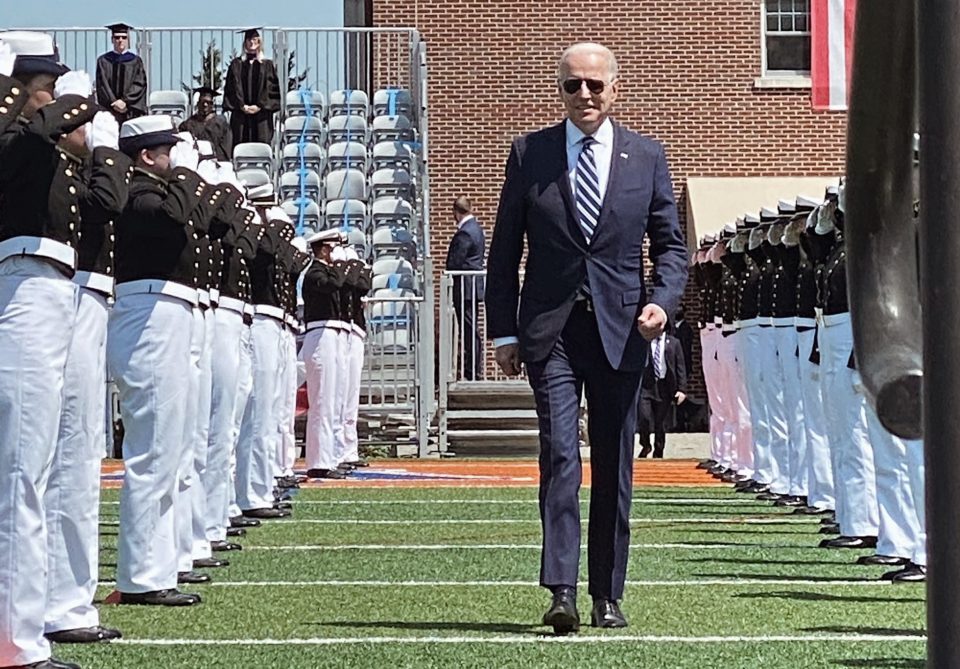 The fourth call in a week between the two leaders came after Netanyahu was quoted by Israeli media as saying he is not setting a time frame for an end to more than a week of hostilities.

Biden has faced increasing pressure even from fellow Democrats to take a more active and public role in brokering a ceasefire between Israel, the country’s closest ally in the Middle East, and the militant group Hamas.

“The two leaders had a detailed discussion on the state of events in Gaza, Israel’s progress in degrading the capabilities of Hamas and other terrorist elements, and ongoing diplomatic efforts by regional governments and the United States,” White House spokeswoman Karine Jean-Pierre told reporters in a brief statement aboard Air Force One.

“The president conveyed to the prime minister that he expected a significant de-escalation today on the path to a ceasefire,” Jean-Pierre added.

The call took place shortly before Biden left Washington on a trip to the U.S. Coast Guard Academy‘s commencement ceremony in Connecticut.

Palestinian medical officials said 223 people have been killed in 10 days of aerial bombardments, while Israeli authorities put the death toll in their country at 12.

In the early days of the conflict, Biden effectively gave Israeli forces more time to press their offensive against Palestinian militants in Gaza by citing Israel’s right to defend itself against a rocket barrage from the Hamas-ruled enclave and not publicly insisting on an immediate ceasefire.

But Biden’s latest calls and diplomatic efforts have increasingly been geared toward pressing Netanyahu on a timetable.

In response to Biden’s de-escalation call, Hamas spokesman Hazem Qassem said those who sought to restore calm must “compel Israel to end its aggression in Jerusalem and its bombardment of Gaza.”

Qassem told Reuters that “if the occupation stopped its aggression against the people of Jerusalem and ended its bombardment on Gaza, there can be room to talk about arrangements to restore calm.”

Hamas began firing rockets on May 10 in retaliation for what it said were Israeli rights abuses against Palestinians in Jerusalem during the Muslim holy month of Ramadan.

The rocket attacks followed Israeli security police clashes with worshippers at al-Aqsa Mosque in Jerusalem and a court case by Israeli settlers to evict Palestinians from a neighborhood in Israeli-annexed East Jerusalem.

(Reporting by Andrea Shalal and Trevor Hunnicutt; Additional reporting by Nidal al-Mughrabi in Gaza; Editing by Chizu Nomiyama, Will Dunham and Jonathan Oatis)