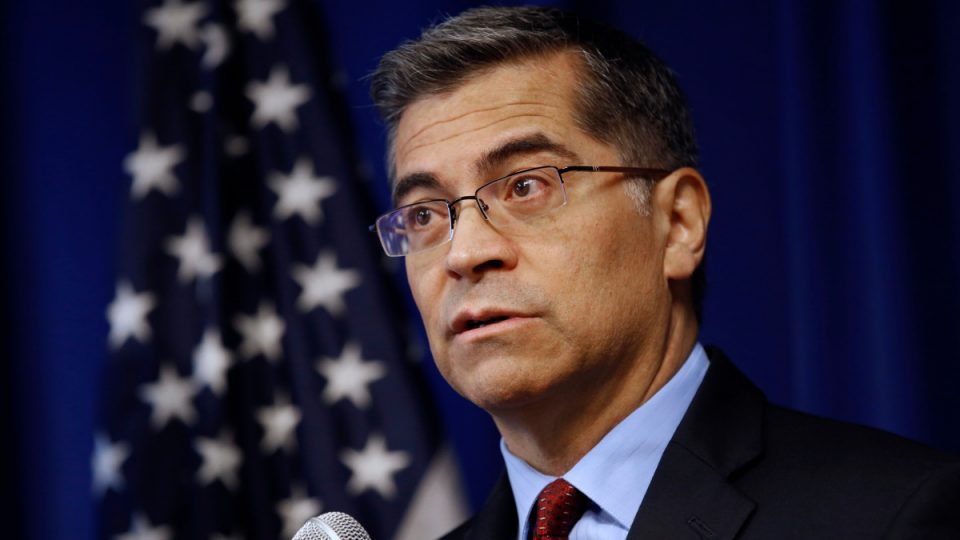 President-elect Joe Biden has nominated California Attorney General Xavier Becerra to serve as the secretary of U.S. Department of Health and Human Service.

If confirmed, Becerra would be the first Latino in charge of overseeing the department, which is set to play a major role in the distribution of a coronavirus vaccine and building public trust for it. Becerra replaced Vice President-elect Kamala Harris as the California attorney general in 2017 and has more than two decades of experience in Congress.

Becerra is also a fierce opponent of Donald Trump, and according to CNN, has filed more than 100 lawsuits against Trump and his administration’s policies, more than half of which are focused on the environment. The attorney general also battled the Trump administration on the DACA program and the Affordable Care Act.

“Becerra has tackled some of the big health care issues he would face as HHS secretary, including reinvigorating the ACA and taming health care costs,” Larry Levitt, executive vice president for the Kaiser Family Foundation told CNN. He “has a demonstrated ability to speak to the public about the complexity of health care issues, which is an important part of the job.”

As the California attorney general, Becerra filed a suit against Sutter Health, a system of 24 hospitals and more than 12,000 doctors in the state for using anti-competitive practices to consolidate market power. Sutter eventually settled, paying $575 million and promising to change some of its practices.

The Congressional Hispanic Caucus praised Becerra’s appointment, calling it welcomed news in “a moment of crisis.” The caucus is also pushing Biden to appoint five Latin Americans to his Cabinet, including Latinas in prominent positions.

Biden has now appointed two Latinos to the top positions in his administration. Alejandro Mayorkas was tapped by the president-elect to serve as the director of the Department of Homeland Security last week.