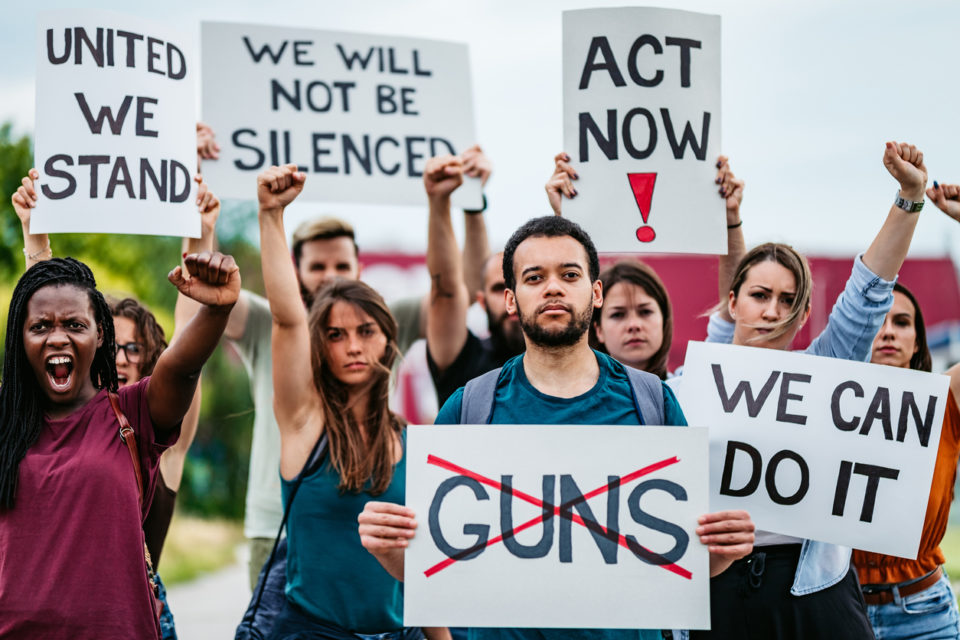 (Reuters) – U.S. President Joe Biden urged Congress to swiftly pass gun control laws and may take action on his own to stop mass violence, the White House said on Tuesday, a day after the second deadly mass shooting in a week.

The Democrat called on the Senate to approve two bills passed by the House of Representatives on March 11, that would broaden background checks on gun buyers. He also called for a ban on assault-style weapons.

“I don’t need to wait another minute – let alone an hour – to take common-sense steps that will save the lives in the future, and I urge my colleagues in the House and Senate to act,” Biden said at the White House on Tuesday.

Spokeswoman Jen Psaki told reporters Biden is “considering a range” of executive actions to try to stop gun violence. Such actions do not require the approval of Congress.

Biden, who took office in January, pledged during his presidential campaign to enact gun safety measures, but has devoted the first months to distributing coronavirus stimulus and vaccines.

On Monday, a gunman killed 10 in a Colorado supermarket, just six days after eight people were shot and killed at Atlanta-area day spas. The two shootings put renewed pressure on Biden to act on his promise.

The United States has the world’s highest rate of civilian gun ownership, RAND Corp research shows, and a gun fatality rate consistently higher than other rich nations. There were more than 43,000 U.S. gun deaths last year, according to the Gun Violence Archive, despite the coronavirus pandemic.

Activists say executive actions that Biden could take right away include strengthening background checks, giving money to cities to fight gun violence, and regulating the market for “ghost guns” – partially assembled guns that aren’t subject to the same rules as most firearms.

Majority leader Chuck Schumer pledged on Tuesday that the Senate would do more than it had in the past.

“This Senate will be different. This Senate is going to debate and address the epidemic of gun violence in this country,” the Democrat said on the chamber’s floor.

He did not give timing for any legislation, however, and noted the Senate had a lot on its agenda. He also was not definite about whether an assault weapons ban would be included.

Dozens of shocking mass shootings in the United States over the past decade, including an elementary school attack that killed 26, have failed to spur lawmakers into action on gun control legislation, thanks in large part to opposition from congressional Republicans and the National Rifle Association.

The right to “bear arms,” enshrined in the U.S. Constitution’s Second Amendment, is cherished by many Americans.

Still, nearly 70% of Americans support adding “strong or moderate” federal gun restrictions, and ideas such as background checks and databases to track ownership have even greater public support, a 2019 Reuters poll found https://www.ipsos.com/en-us/news-polls/reuters-ipsos-data-gun–control-2019-02-08.

Democrats hold slim majorities in the House and Senate. Most bills require 60 votes in the 100-seat Senate to move forward, a tough hurdle considering that Republicans hold 50 of those seats, with the tie-breaking vote being held by Biden’s vice president, Kamala Harris.

Democratic Senator Joe Manchin, a swing vote who holds near veto power over his party’s Senate agenda because of its razor-thin majority, told reporters on Tuesday he does not support the House bills. Manchin and Republican Senator Pat Toomey instead favor their own bill, which would allow private sales of firearms without a background check.

Senate Minority Leader Mitch McConnell also said he opposes the gun legislation passed by the House last week, but told reporters that he remains open to discussions about what kind of legislation could make progress through Congress.

“There have been deep-seated philosophical differences between Republicans and Democrats about how to deal with gun violence,” the Republican said.

“One thing we do know for sure is that these shooters are invariably mentally incapacitated. This is a vexing problem that is extremely hard to identify in advance.”

Background checks are conducted to review a buyer’s criminal and mental health history and other factors that could bar someone from buying a gun.

“The only place this issue does not have bipartisan support is in Washington, D.C., in the Senate,” said Shannon Watts, founder of Moms Demand Action, an influential gun safety group.

“We know that gun safety is a policy priority for the president and his administration, but there are executive actions that could be taken today.”

Any new gun control measures signed by Biden would almost certainly face a legal challenge that could reach the Supreme Court, whose 6-3 conservative majority is seen as sympathetic to an expansive view of gun rights.