After what has felt like a lifetime of off-the-cuff tweets, incoherent interviews, and a Russian investigation that won’t end, President Donald Trump has made it to his 100thÂ day in office. In that time, he and his administration have gone out of their way to attack undocumented people, strip millions of Americans of affordable health insurance, and redistribute wealth to the “one percent.” So far, those goals have been stifled by the aggressive incompetence of the president and his staff. After branding himself as the “Ultimate Negotiatorâ€ and someone who would “never leave the White House,â€ Trump’s first hundred days have ended up the way as an abject failure.

Since taking office on January 20, 2017, The Donald has signed 77 executive orders, completed 13 golfing trips in nine weeks, and given his signature to 28 bills, 13 of which were bills specifically signed to reverse popular Obama policies on climate, internet privacy, and gun control. After promising to be a “president of action” that could get things done, the Trump administration has spent most of its time failing at its big campaign promises and embarrassing the U.S. abroad.

After seven years of Republican opposition to the Affordable Care Act (a.k.a. Obamacare), Donald Trump came into the White House with an opportunity to, once again, reform America’s healthcare system. He promised to repeal and replace Obamacare on his first day in office with universal health care that the “government would pay for.”

While this announcement shocked most Democrats and scared Republicans to death, it ignited his base and gave hope to millions of Americans. Instead of living up to that promise, however, the president, with the help of the House Speaker Paul Ryan, rolled out a health care bill so poorly crafted, that even Republicans hated it. Under the bill titled the

Under this bill, titled the Affordable Healthcare Act:

After criticizing President Obama for “rushing” his health care bill, Trump and the Republican party tried to force a bill that no one liked, in less than two weeks. The bill was so universally hated that Ryan was forced to pull it from the floor, because the House was not going to have enough votes to pass it.

When Trump wasn’t trying to force horrible legislation down our throats, he was often signing meaningless executive orders with vague language and unclear directives. However, not all of his executive actions were toothless. About a week after Trump was inaugurated, the president signed an order that banned people from Iraq, Syria, Iran, Sudan, Libya, Somalia, and Yemen from entering the country.

According to Politifact, “The order suspended for 120 days entry of all refugees – those who want to resettle in the United States – and barred refugees from Syria indefinitely. That’s in addition to the 90-day prohibition imposed on citizens of the seven countries with any type of visa, including tourists or those coming on business.â€

Almost immediately after this order was announced, protests broke out across the country, including actions at John F. Kennedy Airport in New York City. The Trump administration tried to respond to the protest by claiming that the order “was not a Muslim ban,” even though President Trump was actively calling it that on Twitter.

A week after the botched order, a Seattle judge blocked the ban with a restraining order. Furious that his half-witted order could be denied by a judge, Trump and his administration quickly wrote another one, this time removing Iraq from the excluded list, but, unfortunately for him, that order was blocked as well.

After eight years of President Obama, most people around the world thought pretty highly of the United States. Then, Trump walked into the White House.

During the second month of his administration, the Republican president got on two phone calls that were so bizarre, it’s hard to believe it actually happened. In a call with Australian Prime Minister Malcolm Turnbull, Trump bragged about the size of his Electoral college win, tried to go back on a refugee agreement, yelled at the prime minister, and then hung up on him.

Just as the American press was taking this information in, it was revealed that, in another call with Mexican President Enrique PeÃ±a Nieto, he threatened to send U.S. troops into Mexico to deal with the “bad hombres” on the border and invade Mexico.

In an effort to not pummel you with depressing news and White House updates, I am ending with the few examples listed above. But, this piece barely hits the tip of the iceberg on Trump’s incompetence. I didn’t even get into his lack of a plan for Syria; the “mother of all bombs,” which got a lot of press coverage yet accomplished nothing; or the roster of administration officials that lied about their communication with Russia. The only thing President Trump has done right has been avoiding getting the U.S. sucked into another war. However, that could very well change in another week or two, making that one bright spot of hope no longer applicable.

We have had bad presidents before–for a while, it looked like George W. Bush had set the bar for failure–but Trump is fighting, tooth and nail, to outdo him.Â But, have no fear! Every time Trump tries to set the country back, adding another stroke of hatred and fear, there is a movement ready to resist and fight at every step of the way.Â As much as Trump’s ineffectiveness comes from an amateur staff and a refusal to use critical thinking, concerned Americans have played a big role in stopping the worst of his policies. While Trump and his administration are doing everything to set this country back, we must continue to push back and stand up for justice.

The first 100 days are complete–but remember–that was just round one. 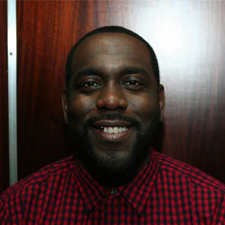 Stanley Fritz is the communications associate at Citizen Action of New York, and the engineer/co-host of “Let Your Voice Be Heard! Radio.â€