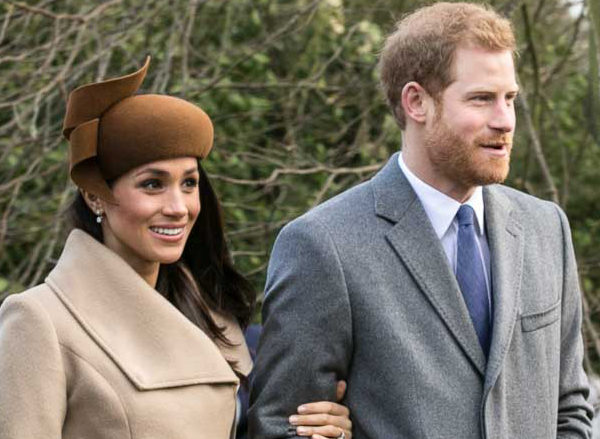 The Black Lives Matter protests that reignited over the summer sparked by the deaths of George Floyd and others by police officers has caused many to have new conversations about race both within the U.S. and abroad. Now, in a new interview, Prince Harry has opened up about his own feelings on race and his own unconscious bias from talks with his wife, actress Meghan Markle.

In a video discussion from GQ Heroes Conference with Black Lives Matter activist Patrick Hutchinson set to broadcast later this week, Harry opens up about his experience living with his wife and understanding how his upbringing in the royal family shielded him from a lot of the realities many have had to deal with including racism.

Earlier this year, Harry announced with his wife, Meghan, that he and Markle would be stepping back from their royal duties to focus on their family. The couple reportedly bought a home in Santa Barbara, California, in August, according to the Associated Press.

During their conversation, Hutchinson asks Harry about his feelings on the protests in London and the importance of having these conversations. “Because as we know, the information that is put in front of us, they choose how to deliver it,” says Harry in his interview with GQ UK. “And it can come to us with an element of bias or it can come with a sensationalist headline that just aggravates people. So I guess for the conversation we have nationally that was a big part of it”

“Unconscious bias, from my understanding, having had the upbringing and the education that I have, I had no idea what it was,” Harry said in a clip from ET Canada. “I had no idea it existed and then, sad as it is to say, it took me many, many years to realize it, especially then living a day or a week in my wife’s shoes.”