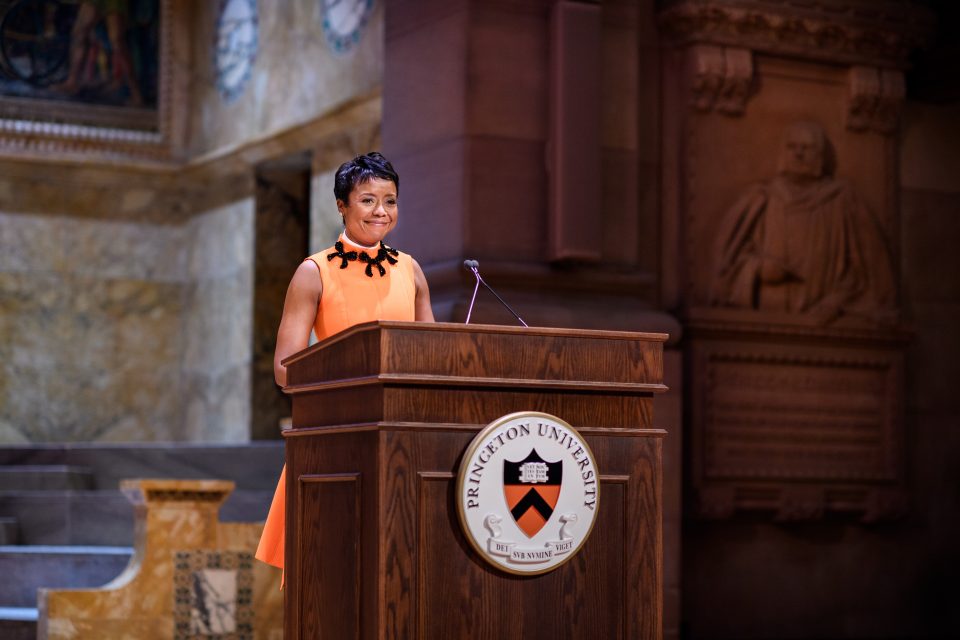 Image by Sameer A. Khan/Fotobuddy

The conversation around diversity within prestigious educational institutions isn’t new. According to a new report from MarketWatch, only 8% of students attending Ivy League institutions are Black. Since the Black Lives Matter movement started to create new dialogues on race relations around the country, higher learning institutions were not exempt. Recently, Princeton University took a step to change that narrative by creating a new residential college named after a Black woman.

This week, the Ivy League university announced that it has received a donation from alumna Mellody Hobson and the Hobson/Lucas Family Foundation to help convert Wilson College into Hobson College. The honor would build the university’s first residential college named after a Black woman.

“We strive for inclusion at the University and hope the significance of this gift and the naming of Hobson College will have a profound impact on current and future generations of students,” says University spokesperson Ayana Gibs to BLACK ENTERPRISE via email.

“[As] Mellody said, “especially those who are Black and brown and the ‘firsts’ in their families. Our goal is to improve the student experience at Princeton and reimagine a central part of our campus where students not only feel like they belong but feel seen too.”

The foundation has been in talks with University President Christopher L. Eisgruber since last year who expressed the great magnitude of their gift and what it means for student experience for minorities on campus. “This extraordinary gift will be transformative for Princeton,” said Eisgruber in a press statement.

“It will enable us to improve the student experience at Princeton and to reimagine a central part of our campus, while also recognizing a remarkable woman who is a positive, powerful force for change in the world. Mellody Hobson is a wonderful role model for our students, and we are thrilled that her name will now grace our newest residential college. I am grateful to Mellody and the Hobson/Lucas Family Foundation for their generosity and their forward-thinking commitment to Princeton.”