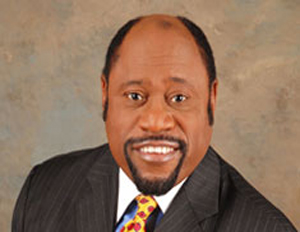 Myles Munroe, Ph.D., 60, a top evangelical pastor, author and evangelist, and his wife, Ruth Ann, died in a plane crash Nov.9, in Freeport, Grand Bahamas. They were among several others, on the plane of 9, who died.

The exact cause is still being investigated, and the names and status of other passengers has still not been confirmed.

Munroe and his wife were travelling to Grand Bahamas for the 2014 Global Leadership Forum.

According to reports, the prime minister of the Bahamas Perry Christine said it is “utterly impossible to measure the magnitude of Dr. Munroe’s loss to The Bahamas and to the world. He was indisputably one of the most globally recognizable religious figures our nation has ever produced.â€

Munroe helmed Myles Munroe International, and was a popular lecturer and best-selling author of more than 69 books. The father of son Chairo and daughter Charisa, he touched many lives around the world via his leadership, speaking engagements and mentorship.

Monroe and his wife were reportedly friends of Andrew Young, former U.S. ambassador to the United Nations, who was also scheduled to arrive in Freeport.

“Ambassador Young expresses his deep sadness over the tragic death of his friends Dr. Myles and Mrs. Ruth Munroe. He offers condolences to the Munroe family and the families of the other souls who lost their lives as a result of this shocking plane crash,” the Andrew Young Foundation said in a statement.