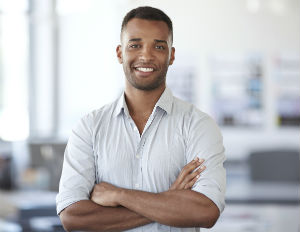 Fans of the popular ABC show will want to hear the untold stories of some of Shark Tank‘s most memorable companies.

That’s the focus of a new book,Â Shark Tank: Secrets to Success: How to Propel Your Business from the Tank to the BankÂ (on sale: May 3, 2016).

This also is the perfect guide for ambitious businessmen and women who want to start and grow a thriving company.

The critically acclaimed Emmy Award-winning reality series has reinvigorated entrepreneurship in America, inspiring countless fans to build and grow the company of their dreams. But it takes more than landing a deal with a Shark to turn a fledgling company into a national brand.

In his second book for the show, author and entrepreneur, Michael Parrish DuDell (Shark Tank Jump Start Your Business) goes behind-the-scenes. Discover how Wicked Good Cupcakes grew a small, local bakery into a multimillion-dollar organization. Find out how Tipsy Elves used a popular search engine to build an influential community of passionate consumers.

And learn how Grace and Lace turned a simple product into a powerful vehicle for social change. Learn fascinating details and “where are they nowâ€ fun facts about these companies and many other entrepreneurs featured onÂ Shark Tank.

BlackEnterprise.com has uncovered untold stories such as that of Nexercise, a D.C.-based technology fitness company, which scored the largest tech startup funding in the history of the ABC television show Shark Tank. Co-founders, CEO Ben Young (Black Enterprise’s 2015 Techpreneur of the Year) and COO Gregory Coleman negotiated a deal with ‘Shark’ Mark Cuban at 1.5 million for 10% stake in their company.

From practical business tips to unforgettable anecdotes and experiences,Â Shark Tank Secrets to SuccessÂ provides readers with a playbook for success custom designed by some ofÂ Shark Tank‘s most successful entrepreneurs.