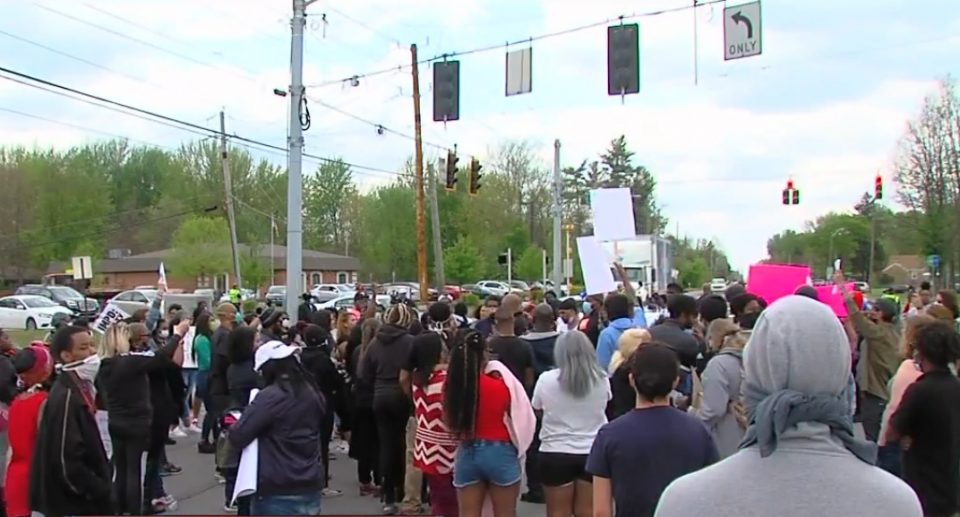 People in Indianapolis took to the streets to protest the three recent killings by police officers within several hours, according to The Associated Press.

Officials said that both black men exchanged gunfire with officers, adding that the second shooting early Thursday morning could have been an ambush on the police. None of the police officers involved in the shootings had a body camera or dash camera footage of either incident.

The pregnant woman was walking along an expressway ramp when an officer driving to work struck her with his vehicle.

The shooting victims of the police officers were 21-year-old Dreasjon Reed and 19-year-old McHale Rose. Reed was shot on Wednesday evening after driving recklessly on the highway and then being chased on foot by the police.

Rose was killed a couple of hours later in a confrontation with police after officers came to an apartment building to investigate a reported burglary.

In the third incident, 23-year-old Ashlynn Lisby was struck and killed by an officer who was driving to work while she was walking along an expressway ramp. Lisby was pregnant. Her unborn child did not survive the killing.

The first killing was being live-streamed to Facebook Live, unbeknownst to the police officers. One of the officers, allegedly standing over the dead body, remarked, “I think it’s going to be a closed casket, homie,”

“Let me be clear, these comments are unacceptable and unbecoming of our police department,” Indianapolis Metropolitan Police Chief Randal Taylor said during a press conference Thursday,

“We’ll be pursuing immediate disciplinary action against that officer,” said Taylor, who assured reporters that the investigations into the deaths will be thorough and transparent.

“I hope you understand that I’m one that is willing to acknowledge that if we made mistakes here, we will address them,” he said. “But let the investigation run its course before we jump to conclusions—either on our side or on the community’s side.”